Smoking is more affordable than vaping was the headline of an article this week in PG/VG magazine, and, as you can imagine, this has set social media on fire.   We are going to spend the next few minute focusing on the original study carried out by the University Of Michigan and The American Cancer society before looking at the actual ramifications in terms of ANTZ logic and future legislators direction.

Titled “Combustible cigarettes cost less to use than e-cigarettes: global evidence and tax policy implications”, the study looks at the comparable prices in 45 countries between cigarettes, disposable e-cigarettes and refillable systems.  Unless you pay for the full article you may only see the abstract from they study but from the conclusion we can garner enough information to see the direction the study went in:

The results disclosed by this study actually aid our cause as vaper’s when it comes to our fight against the Anti Tobacco/Anti Vaping machine as it flies in the face of the “facts” that they present constantly to the general public.  One of the organizations listed on this study, the American Cancer Society, will now face a conundrum as they push legislators for higher taxes on vapor products.  This organization has many times spoken against vaping on many levels from the dangerous chemicals found in vapor (proven inaccurate) the fact that vaping is as dangerous as smoking (proven inaccurate) and now their argument on teenage usage will be once again put in the cross hairs.  While they refuse to accept ENDS (Electronic Nicotine Delivery Systems) as an alternative to accepted methods of harm reduction, they will have a hard time convincing the public that a system that has been proven 95% less harmful than smoking should cost more than its aging predecessor. 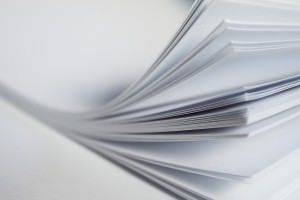 ANTZ, lobbyists, politicians and anyone else in the “Destroy Vaping Machine” have pushed the agenda that increased taxation on e-cigarettes will discourage new nicotine users from picking up the habit, namely teenagers.  From the outset, we know that starting to vape will cost most people a weeks worth of cigarettes, a price that long-term tobacco users are happy to part with for the simple fact that more and more people are starting to understand that cigarettes kill and vaping is a less harmful alternative.  The argument we see is that teen usage will go down with higher rates on products, but at exactly what cost.  It seems that the short-sighted political machine is so heavily focused on our industry that they are happy to let the same children that they tell smoking is bad go to the corner store and pay substantially less for a pack of New Ports.

While some states are proposing up to 85% taxation on vapor products, one can not help but wonder what their end game actually is.  Those of us who pay attention already know the reasoning, but there are many people who still don’t realize that the fight we are in has little to do with our health but the money that organizations, from corporations to charities to actual states, are losing to the vaping industry.

If we can get the public to understand the realities brought out by this study and mix that with the fact that even the British Prime Minister has said that vaping is 95% safer than smoking and should be used by those attempting to break free from tobacco addiction, we may have a fighting chance against state houses pounding the table for more revenue from our industry. 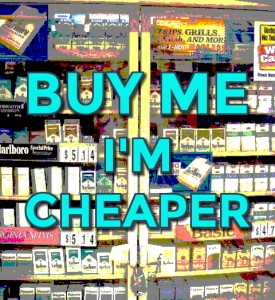 We need to get this information into the public forum as a plus point for our industry, we need to bring the prices down to save more lives, not push it up to help a State pay for a pension program they have bled dry (West Virginia tried this last month).

The argument that raising taxes on e-cigarettes will discourage teen use has been debunked, as you can’t claim that vaping is a cheaper alternative when your own figures disagree.

Time and again we have heard the same line, e-cigarettes are a cheaper alternative to tobacco products simply because they enjoy a relatively small taxation policy, this is the same argument being made in state houses everywhere as we speak as they try to increase their own revenue, this study is not a localized report for one particular neighborhood but is looking at the problem on a multinational scale.  How can you sit straight-faced with this argument when on average people are currently paying $3 less for a days supply of cigarettes compared to a disposable e-cig.

If politicians really want to see the smoking rate in teens dropping maybe they should just go ahead and ban cigarettes and tobacco use altogether:  something they wouldn’t even dream of because the blow back would end the careers of every single one that was involved.

Lets also take into consideration that, according to this study, smoking maybe at the register, but in the long-term as you start to throw in health costs, loss of earnings and life, the costs are exponentially higher.  We need to act as a community to ensure that they feel the exact same level of doubt the next time they think about proposing a bill that affects our industry adversely.

As for right now, we can sit here watching them caught with their pants around their ankles trying desperately to pull them, and their arguments back in to a non embarrassing frame.