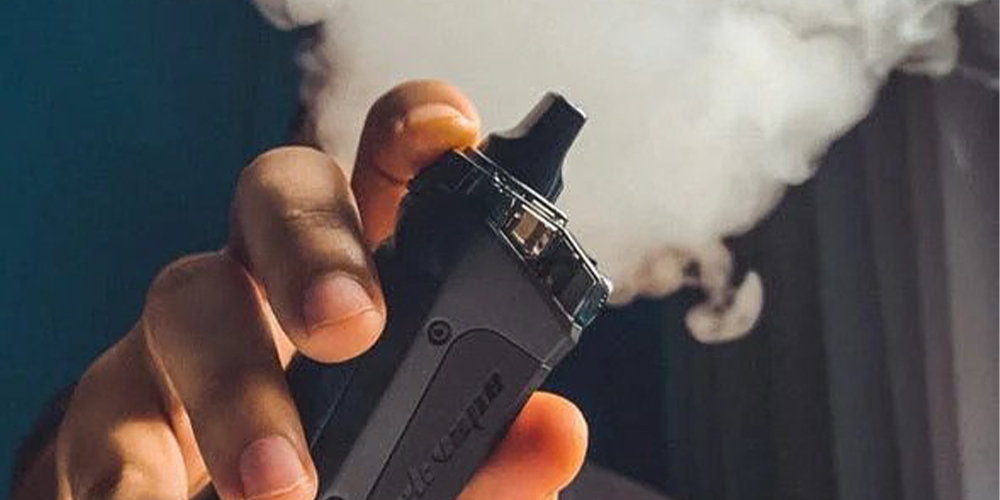 The Food and Drug Administration (FDA) has issued a marketing denial order to the popular e-cigarette company Juul, telling the company to remove its e-cigs from the U.S. marketplace with the decision applying to “all of their products currently marketed to the U.S.”. With a Juul representative stating that the company will fight the decision in a response to the matter, there’s no question that the vaping culture has transformed greatly over the past few years. From what the FDA’s decision means to the driving forces behind today’s vaping culture among the younger generation — and the findings related to the potential benefits for adults looking to stop smoking, here’s what you should know.

When diving further into the FDA’s news and the reasoning behind the wanting to stop the sale of Juul products, The Conversation notes that according to the FDA, the decision was a precautionary response due to a lack of “sufficient evidence regarding the toxicological profile of the products” and is to ensure the protection of the public’s health. With Juul being a well-known brand within the vape culture, many may remember its prevalence within the teen vape scene just a few years ago. The Conversation goes on to explain that teen vaping, however, is currently on a downward trend, with data from the Centers for Disease Control and Prevention (CDC) finding that 27.5% of high schools students reported vaping at least once in the previous month in 2019, while the number has since fallen to 11.3% in 2022. That said, restrictions on youth access, government anti-vape campaigns, and the pandemic are all likely contributors to the decrease in vaping among teens, notes The Conversation.

The value of vaping for adults

When it comes to the vaping culture among adults, it’s noted that about 6% of adults (or around 15 million people) in the US now report vaping. An article from Harvard Health notes that this is double the number from around three years ago. The article further goes on to explain that some studies have suggested that e-cig use can be “modestly helpful” for those trying to quit smoking, and cites an analysis to support the thought. The analysis of 61 studies found that e-cigarette use was more effective than other approaches to quitting smoking, with the study authors estimating that out of 100 people who tried to quit smoking by vaping, nine to 14 individuals might be successful. Research from the University of Washington, however, involves a study that monitored changes in health and social functioning among smokers at two stages in adulthood (age 30 and again at 39) highlights additional benefits. With approximately one-third of smokers shifting to vaping some or all of the time by age 39, this group “reported better physical health, exercised more and had a more social engagement,” according to study findings stated in an article at washington.edu.

While vaping isn’t without its risks, those that are looking to start in order to stop smoking should realize that there are options to consider before jumping in. Regarding vape juice (also called eliquid or ejuice), it’s noted that there are two main types. Salt Nicotine Pod Juice, for instance, is meant to be used in smaller pod devices that are inhaled in a mouth-to-lung (MTL) manner and contains high concentrations of salt nicotine (rather than freebase nicotine). The use of nicotine salt “allows for significantly higher nicotine concentrations” without the unpleasant side effect that freebase nicotine provides, also referred to as a “throat hit.” Sub-ohm juice, or vape juice, on the other hand, is used for larger sub-ohm devices, tanks, or vape mods, and usually contains freebase nicotine in lower concentrations and is inhaled in a direct-to-lung manner. Together with larger devices, it’s noted that this type doesn’t produce the buzz associated with higher-strength pods/disposables. While your ideal type of vape juice might vary depending on preference as well as the type of device you plan on using, knowing the difference is essential in ensuring the investment in the right one.

The surge of youth vaping culture appears to be on a downward trend due to a variety of factors. However, various research appears to highlight the potential benefit of the vaping culture for adults who are trying to quit smoking.