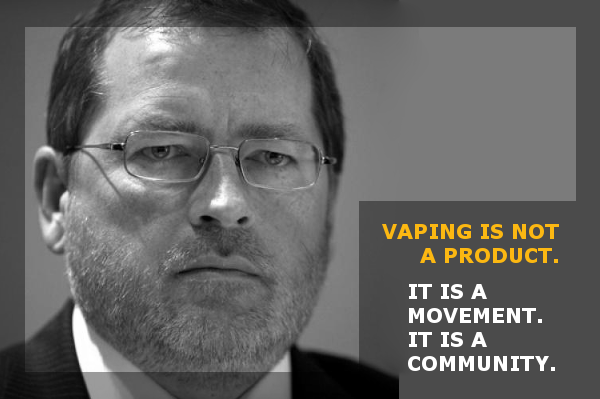 Being reported this week in the Washington Examiner and laughed about in the Huffington Post, Grover Norquist recently stated that the next Presidential, in addition to state and local, elections could be determined by the vaping community.

What some are seeing as an almost laughable claim are obviously not in tune with the population in this country.  A grassroots community of 10,000,000 voting aged individuals has been created through their common goal of using electronic cigarettes and vaping devices to stay away from combustible tobacco. 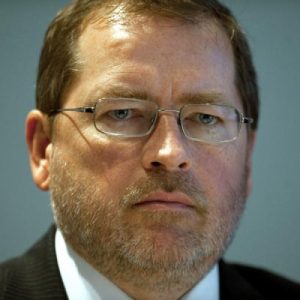 Grover Norquist, founder of Americans for Tax Reform, is a Washington insider who has worked behind the scenes for many years.  Along with his group, Norquist has banded alongside vapers as they face an onslaught of restriction and regulation.  It seems they are battling at every turn with politicians who, in most cases, know little about the issues they are working against and in other cases just see vapers as a way to make back the money that the cigarette companies should be paying them.

“I think that the next election, at the presidential level, and a lot of other levels, is going to be determined by the vaping community,”

“Lifestyle issues win because of the power of the political support behind them,”

3.5% of the population may not seem like much, but when they are all making decisions based on their ability to not just vape, but allow others the freedom to use the devices that we currently have on the market, that is a significant voting block.  When you add to that the family members who have seen their loved one’s walk away from combustible tobacco and take up a less harmful lifestyle option, the number  gets larger by the second.

Despite the misinformation being thrown around like a beach ball at a pool party, more people are learning the truth about vaping and are wondering why so many politicians are fighting so hard to bury it and many vapers have those politicians in the crosshairs for removal from office.

While the FDA are looking to essentially destroy 99% of the vaping industry by the use of onerous regulations and requirements that will put most manufacturers out of business overnight, Mr. Norquist believes it will not be the industry that saves vaping, but the community surrounding it.

During the 2 day Washington fly in, where members of SFATA came together in D.C. to bring the industries plight to the attention of more lawmakers in the hopes that they would assist in the fight,  Mr. Norquist stated:

“Vaping is not a product. It is a movement. It is a community, it is a political movement in support of a community and it’s changing the country in very good ways,” 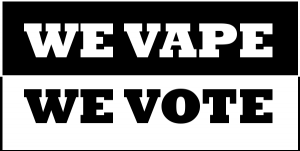 We Vape, We Vote is becoming a rallying cry for the vaping community, letting the political class know that we will not lay down while they destroy our rights to choose and attempt to classify our products as tobacco so they can use them to generate revenue.

This fight should not be about generating revenue based on lies, it should be about allowing people to make healthier lifestyle choices without being penalized and I for one agree with Mr. Norquist that 10,000,000 citizens, greater than the population of Michigan, with a single issue on their mind should be a reason for politicians against the vaping movement to be worried about their future careers.