What are portable vaporizers, a question that seems to present several answers depending on who you ask. Though the name portable vaporizer may tend to get misconstrued by those that lack the knowledge, we’re here to set things straight. This doesn’t necessarily mean that your idea of what a portable vaporizer is, is wrong, it just means a lot of information referring to products gets scattered and confuses many people. If I’m not explaining it just right, let me break it down so that it’s easier to understand.

Portable Vaporizers are standard vaping devices that are often used by those who are more mobile. This type of device will allow you to vape in many locations and is especially great for those who travel often. Relevant to its name, portable vaporizers allow the user to carry the device alongside them, being slightly larger than a pen vaporizer. To break it down, in short, a portable vaporizer is simply any vaporizer device that can be used or taken on-the-go. With portable vaporizers convenience is the key part and commonly why people favor them.

While desktop vaporizers may give the best of temperature control, they simply do not give the convenience that of a portable vaporizer. On the other hand, the vaporizer industry has progressed so much so that they’ve perfected the ability to cram the latest technology into these smaller, portable devices. With that said, you can expect the best of both worlds even from a portable vaporizer, like the intense purity of vaporization, and the sought after convenience of a smaller, on-the-go vaporizer. 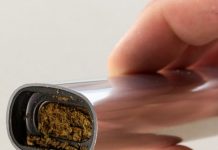 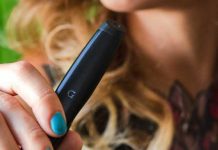