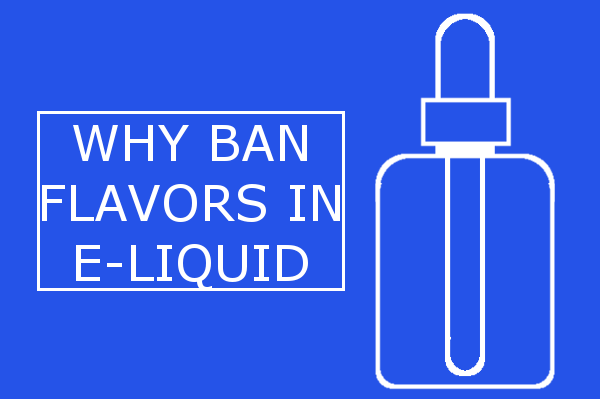 Why is the government determined to ban flavors from e-liquid?  In what has become an almost weekly battle somewhere in the United States, it appears that municipalities and the Federal Government alike have determined that vapers should be able to choose a flavor other than tobacco or menthol.

The latest to jump on the train is the State of New Jersey, as the Senate Health, Human Services and Senior Citizens Committee, chaired by the author of S 298 Senator Joseph Vitale (D-19).  The bill passed through the committee with a favorable vote and is now set to move to the floor of the senate for a vote.

This bill proposes that all electronic cigarettes and e-liquid that contain flavors other than tobacco, menthol or clove be banned from sale in the state.  The language of the bill purports, as always, to child safety and the wish to keep teenagers from beginning a lifelong addiction to cigarettes which is admirable.  Unfortunately, the State of New Jersey is missing the big picture once again.

CASAA has issued a call to action for vapers who do not enjoy being forced to buy flavors that are not appealing to anyone, least of all children, and we ask that you take the time to head over there and take part.

The Reasoning Behind The Flavor Ban

I believe whole heartedly that Senator Vitale is hell-bent on banning vaping entirely, but is attempting to go about it in with a piecemeal attack after his initial attempt on a complete ban failed.  The cynic in me, however, doesn’t believe that his “Save The Children” message is the reason behind his hatred of vaping in general.  All you have to do is look up his campaign contributions to see that the people who finance his political career are losing billions to vaping through their sub-par nicotine replacement and smoking cessation products ( I will give you a clue, his largest backers are pharmaceutical companies).

This is not the first bill he has brought forward, and in each bill the language and message are essentially the same.  In each piece of legislation, the underlying message is that he wishes to protect future generations of adolescents from the dangers of tobacco addiction by making sure that no-one wants to use these products.  Whether increasing taxes to make them at least as expensive, if not more so, than traditional combustible tobacco, making sure they come in the same flavors as tobacco, making sure people could only vape where others could already smoke, banning systems that do not look like cigarettes, basically, he is trying to make vaping and smoking as similar as possible.  If the public perceive that vaping is smoking, it will be easier for him to put money back in the pockets of his buddies as the endless cycle of “try to quit and fail” will once become its perfect balancing act. 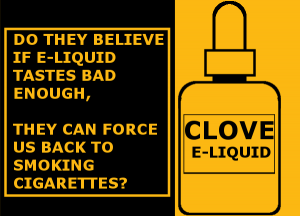 Why The Arguments Are Bogus

Regardless of the reasoning behind the bill, we don’t fight fire with gasoline, we use science to bring it down.

His main concern, the one he has publicly stated, is that flavored e-liquids will pull impressionable teenagers into the ranks of life long smokers.  He believes that once hooked on tasty vapors, these children will ditch their vape mods and move on to combustible cigarettes and therefore get lung cancer and die.

If he were to actually pay attention to the mountains of research on the subject of vaping, he would find that while the number of teenagers EXPERIMENTING WITH VAPING may be on the rise, the number of regular vape users  is consistent with teens who stated that they used to smoke.  More importantly, the number of teen and adult smokers alike continue to decline at a rapid rate, as was reported by Forbes.com last April.

The best way for the Senator to ensure that people, teenager’s in particular, to continue using tar laden cigarettes than products that have been deemed 95-99% safer than combustible tobacco by the British Government is to remove their choice from the market.

The beauty of flavored e-liquid, especially for adult smokers is that it removes the association of the cigarette taste, meaning that most people would never go back to regular cigarettes because  they honestly taste disgusting.

By limiting the taste, the government are essentially delivering people back into the hands of the tobacco industry they fought so hard to get away from.  The cynic in me once again comes out and admits that regardless of his reasoning for “wanting the ban” in the first place, this is exactly what The Senator from New Jersey wants to see happening.