I’d like everyone to take a second to consider a conundrum.  If you can obtain a chemical from many sources, how can you rationally declare that it’s the product of a single item?  You may be able to extract Nicotine from the Tobacco plant, but at the same time it can be derived from other sources and artificially created in a lab.

It’s been widely accepted that smoking is harmful — no-one is going to argue with that — since the Royal College of Physicians released its first report stating that Smoking causes cancer.  As Professor Michael Russell stated a long time ago;

Smokers smoke for the nicotine but they die from the tar.

Recognizing this fact is something that seems to have escaped the attention of those who have dedicated their lives to the pursuit of improving public health, especially in the United States.  Looking at the problem from a harm reduction, science based angle, one could and should argue that nicotine without Tobacco, especially burning Tobacco, has a much lower potential for damage to the human body.  Without the plethora of by-products created by combustion, in regulated doses nicotine has been found to have similar effects on the human body to caffeine, however public health hysteria would have you believing that it is on the danger scale above heroin.

There’s no argument against this as the facts show that although the number of smokers has declined dramatically, we still have over 40 million people in the United States lighting up daily.  The mantra of the Public health community has long been that by using the methods that they suggest, smokers could become free of cigarettes and live a long life free of the diseases that smoking could cause. Doctors, nurses and health care professionals have long held the opinion that gum and patches could help smokers break free over time, yet as it happens the success rate of such items is lower than 10%.  We aren’t going to talk about the pharmaceutical pills and potions that are now on the market in this piece, because they don’t fit into where we are going here. 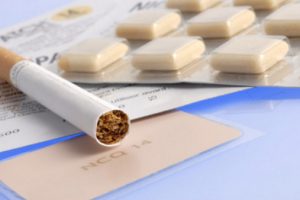 NRT is an approach that’s been used for some time, and here’s how it works.  The smoker replaces the nicotine that they get from cigarettes with nicotine that is found in either patches or chewing gum form, slowly reducing their dependence on the substance, or in most cases going back to smoking because it didn’t work.  Fast forward to today and we have the greatest form of Nicotine Replacement Therapy ever created in the form of electronic cigarettes, more to the point advanced personal vaporizers and the U.S. public health section who should be heralding the arrival of the technology that has achieved their goals are fighting it with all the strength they can muster.

Who Cares About Evidence?

Instead of recognizing that smokers can now get the nicotine they want, without the toxic effects of burning tobacco these hacks are using the same smoke and mirror side-show tactics that they were taught by the Tobacco companies they spent their lifetimes fighting.  They can separate nicotine from Tobacco when it comes to patches and pills, but refuse to when it comes to vaping which suggests one of two things:

The Royal College of Physicians is happy to declare that vaping is 95% less harmful to smokers and does not represent a danger to those who are around them, while the Americans are clinging to the premise that there is no difference between the 2, in most cases actually refusing to accept anything that doesn’t fit into a quit or die narrative.  If they are unable to separate nicotine from tobacco, which is something that we can happily do in a lab or take it from something which looks nothing like a tobacco plant, maybe they’re adding to the problem rather than attempting to fix it.