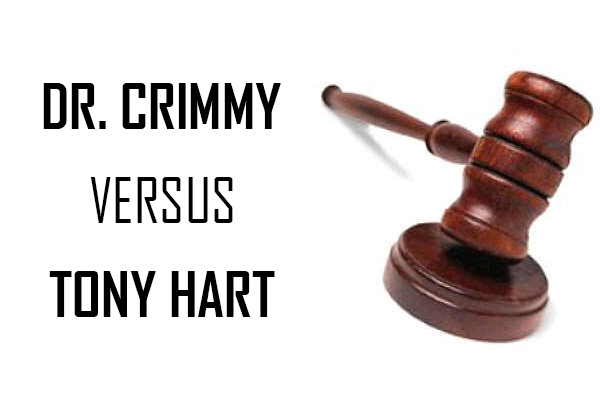 In September 2015 leaked photographs, allegedly from Dr. Crimmy’s laboratory were posted all across social media.Whether or not these images were from the aforementioned company is not the issue here, the Doctor is suing.

If you have ever heard of Dr. Crimmy’s e-liquid and have been anywhere near social media in the last 2 months, chances are you already know what is going on, but for the three people who live in a cave, here it is in a nutshell.  A couple of well-known internet personalities were allegedly sent a group of images by a person who was a former employee of the e-liquid company. 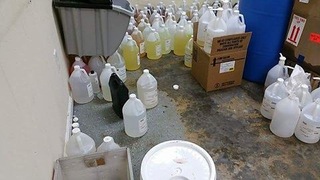 Rather than initially releasing the images, they tried to get in contact with the company to have them firstly verify their authenticity, and secondly ensure that the issues they showed were no longer relevant.  For what ever reason, this went on for several months until the images were released on social media platforms.  Needless to say, the reputation of Dr. Crimmy’s company immediately went into the toilet, because we live in a day and age where there is no longer such a thing as a fair trial, you are guilty until proven innocent.   The following day, the company released a video  showing their actual current laboratory set up, making claim that the previous images were nothing more than the result of a disgruntled ex-employee attempting to get back at them for the termination of not only himself but also his fiancée.  Over the next few weeks shots were fired in both directions, from the loyal customer base of Crimmy’s and the rest of the online vaping community.  It came to a head when Vapor Joe invited both the whistle-blower’s representatives and Dr. Crimmy himself on for a head to head on Vapers.tv and all that seemed to be accomplished was more confusion as neither side appeared to be being completely honest with certain issues.

What is Happening Now

For various reasons, at the time, the identity of the whistle-blower/ former employee was kept out of the public eye.  In the fallout, he has since been named as Tony Hart, who is now allegedly beginning to feel the wrath of his former employer.  Whether for defamation of character, or more likely breach of a Non Disclosure Agreement (NDA), designed to keep company secrets within their own walls, it appears he is now facing legal action.
What ever the outcome of this case, the public perception of this company has been irreparably damaged. Whether we see his actions as right or wrong, it was the Hart alone that brought all of this into the public eye.  Any company in this situation would make an attempt at restitution, either for financial recompense or good old-fashioned revenge.  Either way, they will get their day in court and the ability to look their accuser in the eyes.
It appears that since the “revelation of Crimmy’s basement”, the whistle-blower has hit hard times and  has launched a GoFundMe account to help with the legal fee’s he is sure to be facing in the upcoming months.

As I am sure I cannot disclose the name of my former employer due to the same legal reasons I am creating this go fund me account, I will just say this… I was done wrong by all this. I guess it isn’t enough that i made him rich and built him a multi million dollar empire…. Apparently he wants more.  Since me and my fiance were both fired, we were put in a financial bind that got my car repossessed and has nearly gotten us evicted from our home. This has made it hard to find a job as I have to work when she is not because we only have one car.  And my reputation has been tarnished by the slander dealt by my previous employer making it impossible to get work.

While the Whistleblower protection Act of 1989 was originally designed to protect government employees wishing to report misconduct, there have been similar cases brought in the private sector when employee’s violated Non Disclosure Acts to protect the health and safety interests of the general public. Hart may be in with a fighting chance if he can prove that he released those images with the interest of public safety and not malice in mind.
It does bring one thought to the front of my mind.  Before you stab a dragon in the tail, be prepared for it to turn around and set you ablaze.