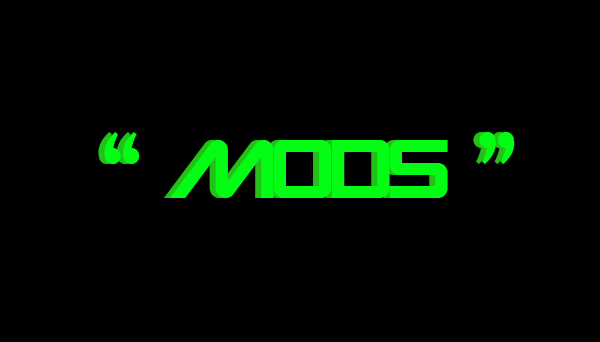 The world of “mods” is one where tech-savvy consumers take something good and attempt to make it even better. It’s common with PC games, and now it’s rapidly gaining popularity with e-cigarettes. There are numerous reasons to modify an e-cigarette, whether it’s to boost the battery life, create a thicker cloud of vapor or to simply switch to a more durable design, and this has driven many vapers to create their own e-cigs. Although these are often well-constructed and safe, there have been reports of some mods exploding, with the most famous case (http://www.cspnet.com/news/tobacco/articles/update-was-exploding-e-cigarette-mod) occurring in Florida in early 2012. This drives home the importance of safety in construction and caution when purchasing mods.

What is an E-Cig Mod?

Simply, a “mod” e-cig is one which has been altered or constructed at home by somebody other than an established manufacturer. There are two types of mods, traditional user-created ones and manufacturer mods. User-created mods are the most common, and generally carry greater risks. They usually involve a goliath battery, producing a chunkier, vapor-heavy e-cig which can store more nicotine-infused liquid. The most basic mods involve things like covering the air-flow holes with cellophane tape to increase the vapor production. The user can choose to cover as many holes as they like to suit the e-cig’s performance to their preferences. Those who want more control over their e-cig go further, with complete home-made e-cigs which often involve more risky alterations to things like the battery.

The mods that function well and have definitive benefits don’t often stay in the user-created field. Manufacturers often take the common mods and release a version of it themselves, which adds a certain level of authority in terms of safety. There are, of course, amateur e-cig modders who produce completely safe and well-constructed devices, but the professional touch adds extra credibility to the design.

Stories of disfigured and burnt faces from home-made e-cigarettes exploding in-use makes many vapers steer clear of modifications. Speaking realistically, the majority of e-cigarette mods do not explode or malfunction in any way, but there is a definite risk of it happening. This is more likely with user-created mods, because although a certain amount of technical knowledge is required to produce one, the quality of construction and safety features don’t necessarily conform to industry standards. Just like you might encounter some glitches in modified computer games, mod e-cigarettes also house imperfections.

Generally, the battery is the most potentially dangerous element of the mod. Increasing power rating is a common desire, but modified batteries can cause explosions. This only really occurs with metal tube mods which include two batteries. It’s much safer to use high-quality batteries, and they should always have a C-rating in excess of 2,000mA. Protected lithium ion cells or Li-Mn cells are preferable, and mods should always include physical and electronic safety features.

E-cigarette mods can help you get more from your device and improve on any areas in which the design is lacking; however, they do carry genuine risks. Making your own alterations or creating your own e-cigarette isn’t advised unless you have a thorough understanding of electronics and do plenty of research beforehand. Purchasing a mod is much safer if you only use manufacturer mods, because then you aren’t at the mercy of an inexperienced user’s creation. Most vapers will be happy with standard e-cigs, but if you do want to take things further – don’t cut costs. Paying more, taking longer over any changes and always thinking about safety makes your mod less likely to result in disaster.