Unfortunate for many legal vapers and tobacco users, the Food and Drug Administration (FDA) has officially increased the minimum age to purchase tobacco products from 18 to 21. This includes all tobacco products and those that fall into the category as a tobacco product, such as cigarettes, cigars, e-cigarettes, and vaping products that contain nicotine. 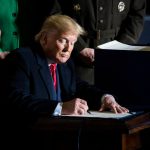 The legal age increased on December 20, 2019, by the President after signing legislation to amend the Federal Food, Drug, and Cosmetic Act, and raise the federal minimum age of sale of tobacco products from 18 to 21 years. Just after President Donald Trump did his deed on December 20, the Food and Drug Administration updated its tobacco and vaping product rules, sharing that it now prohibits the sale to anyone under the age of 21.

There are many people that believe that raising the age to purchase tobacco nationwide will likely save lives. Several states have already raised the age to 21, which is also the minimum federal age to buy alcohol. In fact, prior to the new age increase, there have already been nineteen states around the United States that have raised the age to 21. However, now that the age to purchase tobacco products has raised to 21 and it has become federal law, all states must follow suit and comply with the age increase.

While this may seem unfortunate for those that are above the age of 18 but below the age of 21, as previously shared above, several states have already raised the age. Many people may assume that this new age increase comes from anti-vaping groups and as a result of the media, but you may or may not be surprised that advocacy groups such as the Vapor Technology Association and e-cigarette giant Juul were onboard with the new ’21 to buy tobacco products’ law.

“I’m a bit on the fence when it comes to the age being raised to 21 to buy tobacco products. Now, we have hundreds of thousands of people in the 18-20 age range that are left stranded, addicted to nicotine, and must quit cold turkey, which is one of the hardest ways to quit nicotine products and one of the ways that has had the worst success rates in helping adults quit smoking and/or using nicotine. Aside from that, most of these people will now obtain tobacco products illegally. In the real world, when you aren’t old enough to purchase something, you simply find an older brother, sister, or friend to purchase the product for you. Then we should also pay close attention to tobacco product users that are serving in the Military. If they are old enough to serve our country, shouldn’t they be old enough to make adult decisions for themselves? The reason why I’m on the fence with this matter is because, on one hand, I believe it was a good thing to raise the age, which would possibly prevent even more people from getting started with smoking or nicotine use, then again, on the other hand, there will be so many existing addicted nicotine users stranded and left using quitting products or the cold turkey tactic that have horrendous success rates.” — Blake Brown, owner of GuideToVaping.com