Rip Trippers, a man with the attention of 600,000 vapers on his YouTube Channel, has betrayed the very industry that embraced his absurd antics and over theatrics, in what appears to be an endorsement for Ultima – an electrolyte powder to help with vape sickness.

In the last week, the internet and blogosphere have exploded due to Rip Trippers recent video, as though this was the first time in history anyone has been accused of being a paid spokesman for a company.  Had this been one of his several hundred previous video’s that told the viewers how to build coils or whichever device he was favoring today, nobody would have batted an eyelid.  Unfortunately this time, he wasn’t telling anyone what vaping gear to buy, but instead how the last 2 years of his vaping journey had been plagued with illness. 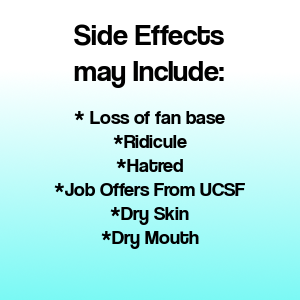 I would link the video for you, but the video in question has since been removed due to the overwhelming negative response Rip Trippers received from the vaping community.

The basic message of the video was that about 2 years ago he began developing symptoms that he could not attribute to any specific illness.  Cramps in his calf muscles and forearms, acute headaches, dry mouth, and my personal favorite, dry skin on his knuckles.

He spoke briefly of various trips to the doctor’s office, during which time he was diagnosed with hypothyroidism: 2 of the main symptoms of which are dry skin and muscle cramps, and was deemed to be allergic to nothing but eggs.

He noted that the thyroid medicine worked for a couple of weeks, but the only thing that seemed to cure him of his symptoms was spending time in a sauna every day and taking the electrolyte powder that he recommended every vaper purchase.

What Is Everybody’s Problem?

The advice he gave in the video was actually solid, drink plenty of water, don’t spend all day sitting on your backside, take supplements and look after your body.  I personally have no problem with that, if he wants to sell multi-vitamins and supplements, that is his business.

Unfortunately for him, by trying to combine his symptoms with vaping, he probably made the single greatest mistake of his life.  We have the FDA and a thousand other entities around the world looking for an excuse to make vaping disappear, and here we have the bearded blunderer happily loading up the ban cannon for them.  His approach to the problem was o ignore the doctors and his friend who told him to get up off his backside and jump to the conclusion without any scientific evidence that vaping was to blame.

He did the job of a California-based University without asking for grant money, just laid his claims out for the world to see, with as much validity as a Stanton Glantz publication.  All he had to do was keep vaping out of the equation, but he couldn’t manage to separate his greed from his common sense.

The funny thing is, I have many of the same symptoms that he displayed and would have taken his advice on the electrolyte powder.  The difference is, I know that mine are caused by not drinking enough water, not working out enough and sitting on my ass behind a desk all day.