There has been a new study that has surfaced from Penn State’s College of Medicine, and it’s showing that the addictiveness of ecigs are lower than tobacco cigarettes.  The study, which was led by Jonathan Foulds, Ph.D., a professor of public heath sciences and psychiatry at Penn State’s College of Medicine, looked at the e-cig and tobacco “dependence scores” of more than 3,500 people who have used both products.  Every person that exhibited high dependence on ecigs exhibited a higher dependence on cigarettes.

Foulds said “We found that ecigs appear to be less addictive than tobacco cigarettes in a large sample of long-term users. We don’t have long-term health data of e-cig use yet, but any common sense analysis says that e-cigs are much less toxic. And, our paper shows that they appear to be much less addictive, as well. So in both measures they seem to have advantages when you’re concerned about health.” 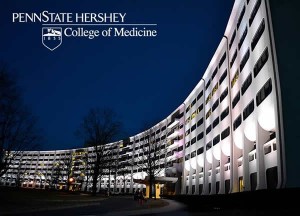 The researchers believe that the reason of e-cigs being less addictive stems from the products inability to deliver nicotine as effectively.  In fact, other researchers and evidence suggests that nicotine, among other ingredients found in cigarettes, just aren’t as addictive when delivered to the user by vapor.

As studies such as this continues to prove the greater good of using e-cigs, leading headlines have already found a way to turn it into something not so positive, such as “e-cigs less addictive, but long-term effects still unknown” or “e-cigs less addictive, but still not safe”.  The media will always look for the negative aspects of vaping because they’re mostly backed by big pharmaceutical companies and the inability to understand change.  What truly baffles many is that they’re highly against something that is saving lives, and all for the sole purpose of money.

This study in particular will bring a new line of hope for those looking to finally quit cigarettes and even an already known sign that quitting nicotine all together with e-cigs will be much easier.  The truth is that many of us have already known that e-cigs are far less addictive, especially since we are able to slowly ween ourselves by lowering the nicotine level used in our e-liquids.  While we already know things such as this and have shouted this until we’re blue in the face, it’s apparent that we have to wait until further studies come out to prove what we already know and have been saying all along.  To further this process, a new organization named E-Research Foundation was formed as a non-profit foundation designed to be a collective funding portal. That said, ERF will provide financial assistance to researchers seeking to advance independent peer-reviewed and published scientific research focused on electronic vapor products (electronic cigarettes) and their use. In other words, your donations go towards new studies involving e-cigs, which allows the vaping industry and its users to further the research process.

If anything, this study will add to our list showing the benefits of switching to e-cigs, rather than continuing to smoke tobacco cigarettes, and it’s one less move that anti’s have.