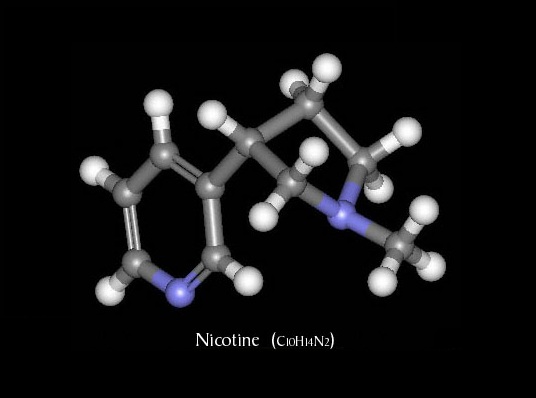 The ability of ones choice to decide, nicotine or no nicotine. You’re faced with the unreasonable decision everyday once you’ve become its pawn of non-stop money draining, deadline in-taking and other side effects that you originally didn’t know you were facing. No matter how you look at it, you’ve used it and for many of us, it’s now ours. From whatever form you ingest it, you’re still getting your nicotine and from those that haven’t caught this powerful addiction, they look at it as a bad addiction as a lot of us would think.

The public has painted nicotine use red and usually only displays the bad because of the common way to ingest it is from tobacco and not to let me forget that it’s also very addictive. What if this chemical wasn’t as bad as everyone thinks, what if nicotine was more than just an addictive substance and most importantly, what if there was more to nicotine than they tell us? – After an online friend sprayed links upon me covering effects of nicotine, from his amazement nicotine wasn’t as bad as he thought. Now don’t get me wrong, I understand that nicotine addiction isn’t something that is good, but if I’m already someone that uses it, I guess I won’t feel ‘as’ bad when seeing the better facts of something I’ve been using for so long.

“In humans, nicotine-induced improvement of rapid information processing is particularly well documented…. Preliminary studies have found that some aspects of the cognitive deficit in Alzheimer’s disease can be attenuated by nicotine.” [Levin E D, “Nicotinic systems and cognitive function,” Psychopharmacology, 108(4):417-31, l992]

“When you look at people who smoke, and people who don’t smoke…you find those who smoke cigarettes are about half as likely to get Parkinson’s disease.” [Dr. David Morens of the University of Hawaii School of Public Health as quoted in “Stunned docs discover cigarettes stop Parkinson’s,” by Roger Field, New York Post, 6/15/95. Dr. Morens and colleagues examined 34 studies on smoking and Parkinson’s. Their study was published in the June, l995 issue of Neurology].

According to a study conducted at Surrey University and published in the journal Psychopharmacology, smokers are more mentally alert at night than non-smokers. Rosemary Brook, spokeswoman for Surrey University’s psychopharmacology unit, said, “The results showed that smokers were subsequently able to perform various tests of reaction, memory recall and other related tasks consistently better than the non-smokers,” [Reported on the BBC News, 4/8/98, “Cigarettes ‘keep you sharp after dark’.”

In a presentation at the 151st annual meeting of the American Psychiatric Association (June 8, l998 in Toronto), Dr. Paul Newhouse of the University of Vermont reported on his research on treating Parkinson’s disease with nicotine. “Preliminary analysis shows improvements after acute nicotine administration in several areas of cognitive performance.” These areas included reaction time and central processing speed. The researchers also reported that after chronic use of nicotine on Parkinson’s patients, motor function and the ability to move also improved. [Reported by Reuters, 6/8/98, “Nicotine patch promising for Parkinson’s”].

The transformation with nicotine happened when the nicotine patch was introduced. Intended to help smokers quit, the nicotine patch also opened up a whole new way of studying the drug. Suddenly scientists had a reliable delivery system — one without the numerous carcinogens found in cigarettes — that could be standardized across various studies. A 1982 study revealed that patients with ulcerative colitis had fewer flare-ups when taking nicotine. However, side effects proved nicotine to be a poor long-term treatment.

In 2000, a study performed at Stanford revealed surprising results about nicotine’s effects on blood vessels. Contrary to popular opinion, the study showed that nicotine actually boosts the growth of new blood vessels. The discovery may lead to new treatments for diabetes. Many people with severe diabetes experience poor circulation, which can lead to gangrene and ultimately, limb amputation.

Researchers from the Scripps Research Institute published a study in 2002 that revealed a connection between nornicotine — a chemical found in tobacco and also created when the body breaks down nicotine — and a reduction of Alzheimer’s symptoms. However, nornicotine is toxic, pointing to the need for a nontoxic substitute.

In 2006, Duke scientists found that people with depression who were treated with nicotine patches reported a decrease in their depressive feelings. The results were perhaps not surprising for a drug associated with imparting a “buzz.” However, the research also showed a direct link between nicotine and an increase in the release of dopamine and serotonin, two vital neurotransmitters. A lack of dopamine or serotonin is a common cause of depression.

Nicotine has the following benefits:

While we are still speaking of a poison, let it be known that I do not encourage the use of nicotine. However, if you are already addicted to nicotine, I do encourage you to switch to a better alternative, such as electronic cigarettes, rather than receiving your nicotine from a tradition tobacco cigarette. Nicotine is tough to rid and even though it can be harmful, this is a prominent side of it that I’m sure you can find very interesting.