Fear, anguish, and confusion are three words that barely begin to describe the mind set of adult vapers, as the FDA regulation of Electronic Nicotine Delivery Systems (ENDs) begin to take effect this week.  The measures are being touted by the Federal agency and most media outlets as a way to ensure that young adults/teenagers are being protected from a lifetime of Tobacco addiction as, according to many in the Public Health Industry, these devices were invented as a way to circumvent existing Tobacco Control Laws. 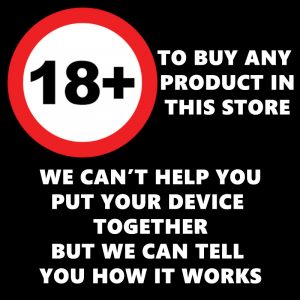 While selling vapor products to anyone under the age of 18 was already restricted in 48 states and the industry had imposed the restriction upon itself before any laws were passed, the FDA has barreled forward, full steam, with regulations that make so little sense that even the people it has manning the phone lines to answer questions from consumers and industry members can barely make sense of them.  Over the course of the last week of the last 2 weeks, I’ve called the FDA hotlines 3 times with the same queries and have not once had the same response to any of the questions asked.  If the people tasked with answering the industries questions have no clue, how exactly can they expect several thousand businesses to fare any better.

Out of fear of becoming labelled as Tobacco manufacturers many shop owners are taking the regulations at face value, refusing to touch any part of a vapor system outside of its packaging as this is a massive grey area that is yet to be fully clarified.  If these devices were as simple as lighting a stick on fire, this may be perfectly acceptable but, in this instance, it’s like asking someone to pick up a brand new cell phone and know how to put it together and operate it.  The employee’s can show the customers on a separate device and hope that the customer gets it, but in many cases this is not a viable option.

Smoking is prevalent in individuals with mental disabilities, many of whom have switched over to vaping either at their own behest or that of family members as it is seen as a less harmful alternative.  Many of those people however relied heavily on specialized vapor shops when it came to simple things like changing coils and fixing their equipment.  One such instance was brought to light early Monday morning, the first customer of a great advocate and all round vaping hero Skip Murray came in as usual to get his coil in his device changed, the video linked below is the aftermath of that visit, when she had to tell him that under the new federal law she was unable to help him outside of talking him through the process of changing his coil — she is a passionate woman who was understandably heart-broken over what happened and she asks us to please excuse her language.

Imagine walking into any store, regardless of who you are and being denied service, not because the store workers don’t like you but because the government have literally bound their hands and gagged their mouths.  Imagine going to get the oil changed in your car and the mechanic tells you he can’t do it because the government says so, but he can talk you through the process.  You would be irate, especially if the day before he had offered to do it for you, the same way he had for the last 3 years. 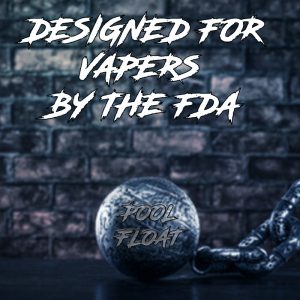 Other shops were unable to help customers with physical disabilities,  one having to deny service to a double amputee as changing his coils could possibly jeopardize their business.  Fortunately, the Federal insanity does not affect customers, they are able and willing to help each other in times of need. When it comes to a member of the public having to step in and do the job of an employee, not because the employee is unwilling but by law unable, something is obviously very wrong.

People wanting to try vaping for the first time now have no form of support system when setting up their devices for the first time, the government’s inability to understand this industry may be seen as short-sighted by some but by many it is destructive by design.  The vast majority of those walking in to pick up these devices are current smokers looking for a less harmful alternative to the cigarettes they currently use.  The confusion caused by these regulations will cause many of them not to even attempt the switch and just stay on their current path.

What we need to understand, 3 days into the FDA regulations of the Vaping Industry is that today, the very children they were attempting to protect were able to walk into the same stores as last week to buy cigarettes and vapor products, most of them are as unscrupulous now as they have been for years, the only people who have suffered because of these regulations are law-abiding specialty vapor shops and their adult customers.

The FDA knew this would happen before the regulations were put in place so you have to sit back and ask yourself a serious question:  Exactly who are the FDA attempting to protect from vaping?

Want to know what you can do to help in the fight against the FDA?

Are good places to start.  Get involved, make your voices heard, and do what you can to keep this industry and community together.