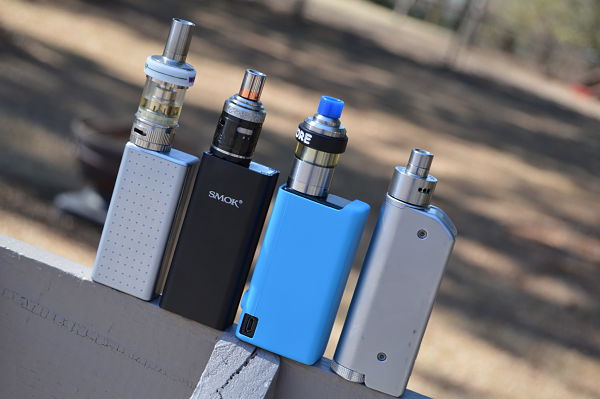 I’ve been saying it all along… in fact, I was interviewed in the most recent Vapor Digest Magazine and explained how I believe small regulated box mods would eventually take over the market, and though my predictions don’t always come true, it’s beginning to look like I may have been right this time.

Are you about that Mini Life?

Most of us in the vape scene refer to “the mini life” as someone who has a fascination with small mods and if you’re taking it one step further, you have the smallest dripping atomizer or tank atomizer to match it.  Ever since I’ve moved away from tube mods, I’ve had this strong urge to acquire anything I could that is small, but still able to get great performance.  I’m thinking that since I was so bound to large devices throughout my years of vaping, that I’ve just been so excited to get my hands on devices that are smaller, and that produces even better performance.

To steer you in this direction, I’m going to display below my current mini setups, and urge you to show us yours on Guide To Vaping’s Facebook Group.