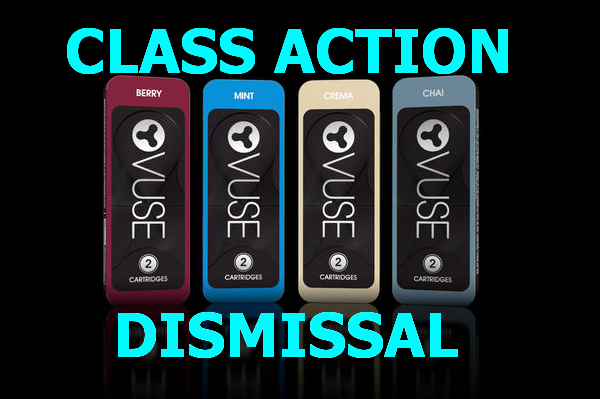 Vuse, otherwise known as RJ Reynolds Vapor Co. is seeking dismissal of a class action lawsuit filed in September of last year. A recent report from the Winston-Salem Journal has documented both the suit and counter-suit.  We will take a few minutes to look at the story and discuss our views. 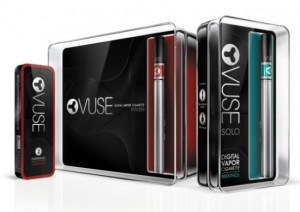 When this story originally came to light, we were told that the plaintiffs had made the claim that the manufacturer is exposing smokers to “significant amounts of harmful carcinogens”.  The following was pulled directly from the pages of the Winston-Salem Journal:

The lawsuit was filed Sept. 8 in the U.S. District Court for the Northern District of California.

Plaintiff Jerod Harris claims R.J. Reynolds Vapor Co. is violating California law by failing to include a potential carcinogen risk, particularly exposure to formaldehyde and acetaldehyde, in its marketing and labels. The complaint cites the California Consumers Legal Remedies Act.

Harris accuses Reynolds Vapor of deceptive and unfair sales of Vuse in California. He said he would not have purchased Vuse if labeling had included potential carcinogen risks.

“Defendants’ failure to tell consumers that they are buying e-cigarette products that will expose them to the carcinogenic toxins … is a material omission … that are likely to deceive a reasonable consumer,” according to the complaint.

The complaint requests compensatory and punitive damages, an order requiring Reynolds to add appropriate warning labels to Vuse — at least in California — and for Reynolds Vapor to pay the cost for notifying potential class-action members.

Reynolds Vapor based its dismissal on three reasons:

Reynolds said it has included a Prop 65 “safe harbor” warning for potential reproductive harm stemming from consumer exposure to nicotine in Vuse packaging. It said it began providing in November the safe harbor warning on cancer with Vuse point of sale displays.
“Notably, plaintiff does not allege with any specificity that consumer exposure to either chemical exceeds no-significant-risk-level thresholds established for those chemicals,” Reynolds said.

The plaintiff makes the claim that if the company had complied with California’s Prop 65 guidelines, which makes no mention of the dosage / exposure levels to chemicals, just the fact that they may be potentially present, he would not have bought the product.  At this point in time, the fact that he made the decision to vape is beside the point, let’s just take a look at the plethora of scientific data that is available to refute his claim of future harm from the Vuse device.  In the real world, meaning in the land where data matters, the levels of formaldehyde and acetaldehyde are so infinitesimal that they pose absolutely no threat to the user.  A number of well-respected and world-renowned scientists have produced study after study that would have put his mind at ease had he done any research on the product that is now causing so much distress.  This frivolous action is literally the same as a person seeing a wet spot on a supermarket floor because it was wet and no-one had put a sign up yet.  The oldest trick in litigation, someone forgot to put up a sign so I will sue.  Was the RJ Reynolds Vapor Co. at fault for thinking they could sell products in a state where everything apparently has the potential to cause cancer without the appropriate signage, the answer is yes.  Had this been a smaller company, they may have rolled over and made an offer, but unfortunately for the plaintiff’s, they picked the wrong fight.  When bringing the case to bear, they failed to notice that the levels of formaldehyde and acetaldehyde are actually well within the safe harbor and No Significant Risk Levels.  This is a case that should not have to be stayed to wait on FDA regulations being put in place as this is a cut and dry state affair.  It doesn’t take a law degree to see that this will be a failed attempt to grab money that will cost the plaintiff’s in the end.  Vuse and the RJ Reynolds Vapor Co. should be able to get this case dismissed with ease and to be quite honest I don’t understand how it became a case in the first place.