West Virginia Delegate Larry W Faircloth has spent a great deal of time and energy battling the Government in his State when it comes to vaping and the rights of vapers. 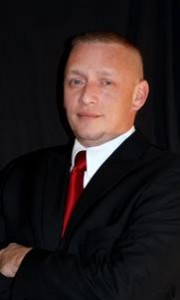 Last year, he helped to crush a tax on vapor products and is currently in the trenches once again as they relentlessly push to prop up their budget balance on the backs of smokers and vapers alike while ignoring a plethora of other tax idea’s that were put in front of them.

Other than his title, this man is no different from you or I.

In fact, his story is eerily similar to many of ours.  Vaping helped  him to quit smoking and he truly believes this industry has the potential to help people if it is left alone to grow at its own pace and carry on doing what it has been doing.

Last week, as the FDA regulations were made public, the West Virginia bulldog pretty much declared war on the agency (as we reported here) and made a request to the community for signatures on a letter to members of congress, other legislators and lawmakers who may be able to aid in our fight to make a change.

As it happens, earlier today (May 19 2016) CASAA put out a Call To Action to its members to take 2 minutes out of their time, go to his site and make their mark:

A real petition that needs your participation:

Del. Larry Faircloth (R-WV) has proven himself as a valuable and effective advocate for vapor products in West Virginia. Now, in the wake of the FDA deeming regulations, he is taking his talent and legislative experience to lawmakers in D.C.

Please take action NOW by signing Del. Faircloth’s petition — which will be hand delivered to specific lawmakers — and support his effort to stand up to the FDA’s overreaching and disastrous regulations on vapor products. 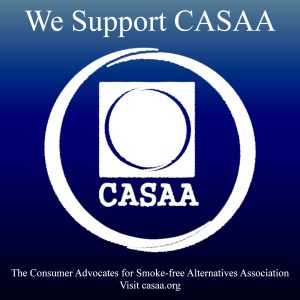 We know that in the past, many of you have been told by various groups that petitions are useless.  In most cases we would agree with you 100%, especially Change.org or White House barrages that are literally designed to create databases of who is supporting what issues.

The difference here folks, is we have a man on the inside of the political machine looking to work on our behalf and we here at Guide To Vaping believe that we, as a community, should give him a chance to put his reputation and ideas on the same page.

His take no prisoner attitude and antics that would get most of us arrested could be used as a valuable tool to getting the FDA regulations altered or even overturned and the last time I checked, the industry was in no position to look a gift horse in the mouth.

If we are offered a viable path, through HR 2058, the Cole-Bishop amendment or whatever this guy has up his sleeve it is our job to take full  advantage of it.

He said he needs 100,000 signatures within 2 weeks.  Here is the link, after you get done signing it make sure that everyone you know does the same thing!

Just in case you missed both links to the petition: http://larrywfaircloth.com/fight-the-fda/