Back in 2011 it was all about voltage, in 2012 people started taking notice of Evolv’s Darwin — which was the first adjustable wattage device that offered up to 12 watts, and then as the years progressed the push for more wattage has been steady and hard flowing.  Today, we’re regularly faced with vape mods that can deliver 200 watts, 220 watts, 250 watts, and some even setting a record of up to 300 watts.

The question we’re asking today, is more wattage even necessary?  Let’s explore which vape mods currently offer the most wattage, why they offer so much, who in their right mind would actually dive into that much power, and if it’s even necessary for you to upgrade your current pony for a new workhorse.

Which Vape Mods Offer The Most Wattage? 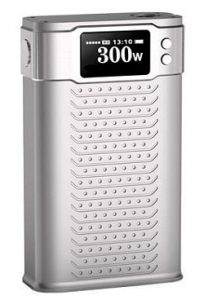 As far as high powered mods go, they don’t come much bigger than the Koopor Primus, which offers 300 watts combined with temperature control.  Below that at 250 watts are the upgraded original Reuleaux RX200 from Wismec, Evolv’s new 250W chipset, and the Variant from Vicious Ant followed by 220 and 200 watt box mods from just about every manufacturer you can think of.

Why Do Manufacturers Create Mods With So Much Wattage?

It started with consumers asking for devices with more power, the early 12 watt devices were great for low volume vaping.  As clouds got bigger and people realized that they could push the boundaries that little bit further with airflow development, more power was needed.  Even though the majority of vapers were happy when the devices hit the 100 watt mark, manufacturers were now locked in a battle to see who could push through the next wattage boundary.  Think of it as an arms race, each company is trying to get an edge on the next with each step forward as there is always a section in the general public who is looking for the next big thing. 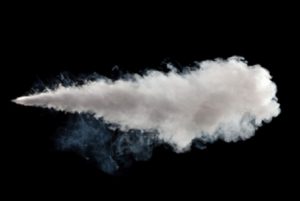 Although you may have an image in your head of the “vaping gear heads” using these high powered, high wattage mods, you couldn’t be further from the truth.  Although they were developed to push the boundaries of bigger clouds they had a side effect.  To push that much power requires more batteries or a bigger power pack, which at lower wattage’s translates into battery life for days.  There are thousands of people using 220 watt devices that never push them over 50, simply because it means they can go longer between charges.  These devices may have been developed to push the boundaries of the science behind vaping, but in reality they’ve become reliable workhorses that enable high volume vapers to stay on a single charge all day.

Should You Upgrade To A Higher Wattage Mod?

If you are using a low wattage device, a mechanical mod or a cig-a-like and wish to upgrade, my suggestion would be to give it a try.  If you vape at lower wattages, the bigger triple 18650 box  mods may seem bulky, but you will have immense battery life and you won’t be pushing the device anywhere near its limits.  Do you need a 300 watt device – probably not, but it’s always nice to have the extra power, just in case you decide to use it.