It seems like forever ago now that there was once a time where we only had a select few online vendors in which to buy quality products, whether it be the 510 stick battery and carts, or the few limited selections of juice.

If you’re somewhat new the to vaping world, you might find it almost unbelievable that there was once a time where there were only a few basic devices and flavors people used, and even then most compared by todays standards were not very good.

Fast forward to today and it seems almost every day there are dozens of new vendors coming into the market, there are new devices everywhere you turn and just about every flavor combination in a juice you can think of. 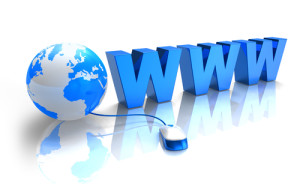 Vendors for the longest time were exclusively online retailers, many of them running the business completely out of their houses while they still attended to their day jobs. Many consumers made purchases blindly without having any real knowledge of how well it would work for them. As time went on and forums were developed for people to discuss these different products, and as the youtube craze exploded and people started reviewing products it got much easier to narrow down the line of product you would purchase and have some idea of what to expect; still things might have been hit or miss.

While a few brick and mortar stores began to sprout up, they were few and far between. Chances are for the majority of you; a few years ago you would not have been within even a reasonable driving distance of one. Now as the user base of electronic cigarettes is growing, more vendors are beginning to open up local retail locations which allow people to come in and get a taste for devices and juices to find out what will work best for them.

While I’m still awaiting for a local brick and mortar store to open near me, I at least live within a few hour drive of a few vendors that I can visit and mingle, ask questions and best of all try new devices and juices before I buy them. In my opinion the best thing about this is not just for those of us who have been doing this for awhile now but for those who are just now starting or looking into kicking their smoking habit and make the move to vaping.

This industry moves at a rapid pace, the amount of new designs coming out from both China and US based companies is almost difficult to keep up with and for a new vaper or potential vaper it can be extremely overwhelming and may cause some to put it off completely. Unfortunately there is only so much a discussion forum or youtube video can do for some people especially with opinions varying between people; what works for someone else may not work for you. 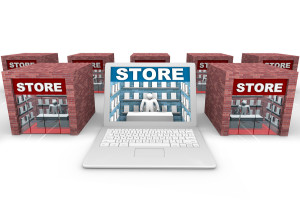 This is where the brick and mortar becomes extremely important, having the ability to walk into a store, be greeted by someone who is knowledgeable and friendly to guide and to help you determine the best setup thats going help you kick your habit is invaluable.

My point is I know what its like to be overwhelmed by everything, to spend hours looking at videos or reading reviews and comments on something and praying that it might work for me, being able to sit down with someone and have them give you advice and stuff to try is something that is almost a necessity at this point, especially because we as a community want to convert more people off of analog cigarettes. Not everyone is “technical” and not everyone is a fiddler, some just want something thats low maintenance and that just works, they don’t care how it works or why it works, just that it works. However, giving people something that just works is becoming easier while becoming harder at the same time with the amount of new products being released.

I have personally witnessed and even took part in helping someone who walked into a brick and mortar, knowing nearly nothing about electronic cigarettes other than their existence, and by the end of the night had them walk out with a setup they were comfortable using that worked well for them. Having talked to people like this, there are quite a few who share the same story; they found out about this in an ad, online or maybe even talking with someone from the local gas station, and when they tried to look into it more they were almost overloaded with information and different options not knowing what to choose.

Watching someone walk into a physical store, sit down and talk with the experts behind the counter who are not trying to push the latest and greatest, or the most expensive device behind the counter in someones face; people who legitimately want to help other people begin their journey to a better life and not just hope for a quick turn around is an extremely powerful thing. I know for me personally if I had the ability to walk into a store and figure out what I liked when I started vaping, i would have saved myself a lot of time and wasted money.

I can only hope that as vaping progresses and becomes more popular that we don’t lose those vendors that truly want to help, that in every vendors mission statement the first and most important thing is helping people.