For years we’ve been puffing on large mods that are equipped with incredible features, but the vapor pod boom recently hit the vaping market, causing some to trade in their big mods for small mods.

It’s always been a known saying that bigger is always better. In fact, this saying doesn’t just exist when it comes to vaping, it’s told everywhere, such as the automotive industry where larger engines and increased horsepower means domination, it’s said with our devices too, such as mobile phones, televisions, speakers, and believe it or not but the saying spreads as far as the sex trade too — although I hope the last part isn’t true, for my sake at least. 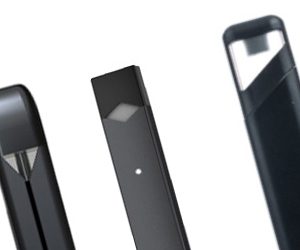 For a while many believed in the world of vape that in order to receive a satisfying vape experience you would need a greater performance, and to receive a greater performance that means a larger mod that will hold more batteries to allow for more battery life and power. However, the tides are shifting, and it all started when vapor pods hit the market. Now, we’re not going to devote all of the credit strictly to the vapor pod system, what we’re calling vape pens are partially due to the recent boom as well. For the most part though, these vapor pods are causing many vapers, even those of great experience, to trade in their big mods for these small pods.

Vapers are starting to realize that it doesn’t require a large brick of a device or super high wattage to achieve a great performance, such as vibrant flavor and a thick vapor production. These small pod systems are removing the attention to wattage, keeping the resistance low, and focusing primarily on the users experience, and that starts with convenience. In the 2017 Vaper Preference Study by Mistic E-Cigs and The Vaping Advocate, the majority of over 650 participants shown that they rank convenience highest when using vapor products. This gives a clear indication why these small vape pens and pod systems have become such a hit amongst a crowd of vapers that were once focused on who had the most power. In fact, RiP Trippers recently published his vape collection video where he raved about the new Joyetech ATOPACK Penguin, a compact fillable pod system. In the video you can see RiP “chuckin clouds” and boasting heavily on this new mini powerhouse of a pod system. The last time I spoke with Vapor Joe he was using a pod system primarily, and I’ve heard of many others using these vapor pod systems as their daily or at least in their rotation.

For me personally, I doubt I could steer away from my current setup (Kaos Spectrum & TFV8 Big Baby), but I wouldn’t mind adding a pod system in my rotation. I prefer convenience also, which I why I have quite the mini-mod collection, but in order for me to use one of these device’s as a daily it would have to deliver greatly in consistency, and that has been the only problem I’ve seen with past vape pen or pod system products. On the other hand, I have yet to get my hands on the new Joyetech Penguin, and that one looks very promising.

What are your thoughts on this pod system boom? Do you currently use a similar device, have you traded in the big mod for a small pod, and if you’ve yet to get your hands on one, do you see yourself using one in the future? Let us know in the comments section below!