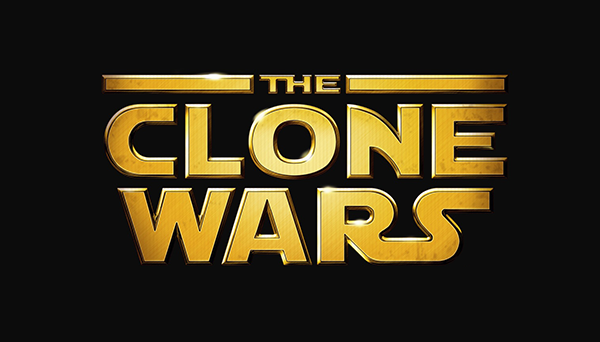 There has been a good amount of banter going around in the vaping community in recent months about copies or clones of popular high end vaping devices. Now some people like to try to make the distinction that these are “copies,” not “clones” of devices or vice versa. But, let’s take a look at the definition of a clone from the Merriam Webster dictionary.

Clone: a product (such as a computer) that is a copy of another product produced by a well-known company.

A copy of another product you say? Well lets look at the definition of copy.

Now, the key thing here that distinguishes these two definitions is the last bit of the definition of copy “..or almost identical to the original.” – I could argue that very few of these clones, copies or whatever it is you want to call them are completely 1:1 copies, meaning that every bevel, every line in a logo, every finish and every thread is exactly the same. Truth is that a lot of the copies are not completely the same. Some are flat where they should be beveled, logos are laser engraved instead of etched, some are even made with different materials all together; that’s not to say that there are not exact clones, 1:1 copies that you could not tell the difference even with them sitting side by side; there is also some speculation about the true manufacturing origins of some of these devices because of this. Is the grassroots made device you are paying ~$200 for really coming from a Chinese company? However this is a discussion for another time.

For the sake of simplicity and sticking with the flow of the rest of the community, from here on out I will be referring to these devices as clones in this article.

In the years that I’ve been vaping I have seen a lot of clones of a lot of devices, one thing people don’t seem to realize is that cloning is nothing new. Chinese manufacturers have been stealing other companies designs and ideas all along; cartomizers, atomizers, tanks, batteries, and even juices. You name it and chances are another company decided to rip it off and call it their own or even sometimes try to improve on it, and as far as I can recall no one really seemed to care. It meant more availability, better pricing and performance that could be just as good, if not better than the original and sometimes failed miserably.

Fast forward to today and we have an explosion of devices flooding the market. Whether they be pieces from a factory in China or something hand turned on a lathe in someones tool shed. Since I can remember there has always been someone trying to improve on what China has brought to us – more battery life, adjustable voltage, different style atomizers; and for the sake of this we will be talking about the grass-roots Manufacturers that are making some of these absolutely gorgeous APV’s and accessories to go with them.

Over the past  year people have begun lusting over beautifully made mechanical devices, paying premium prices both on the first and second-hand markets. Demand stays high and many of these vendors either can’t make the product fast enough or purposely keep production numbers low to keep the high interest. I can’t blame them for making limited quantities to keep the demand up, it’s good business practices. However, is anyone really surprised that someone commissioned China to make clones of such sought after devices?

Price plays a big factor, many of these devices are quite expensive and rightfully so, some of them are absolutely beautiful, original and function amazing. However, there are also a lot of devices that lack any sort of originality or anything of any real substance that warrants their price. Spending $150+ on a mechanical battery tube is tough to stomach for a lot of people, especially when there are so many great devices out there already; regulated or unregulated that are much cheaper and work as intended. Not everyone appreciates what goes into some of these devices, not everyone looks at them as a work of art or something to show off;. A lot of vapers just want something that works and makes vapor, and there are a lot of devices available that will do just that for a fraction of the cost.

Availability plays just as much of an equal part as price does in my opinion. I know plenty of people who are willing to drop the cash on something they really want who are unable to do so because it’s just not available. A lot of these companies just do not have the capital to roll out thousands of these devices at a time and in frequent enough batches to sell to everyone who wants one right away. Some companies purposely bring out small batches, often making revisions between batches or different editions that help keep people’s interest. The demand is high and unfortunately cause the second-hand market to explode with high prices making that once $200 dollar device now double or triple in its price, killing someones hope completely of owning one.

So we have demand, pricing and availability; these all sound like great criteria for someone to commission China to start cloning these devices.

This is my personal opinion on clones, I’m not going to delve into the things I hear others say, but this is where I stand as someone who owns both quite expensive original devices as well as clones. Copying others designs, whether they be full on clones, very similar or just taking styling/design queues is something that goes on in almost every industry – this is why we have  the patent system. However, I do agree that blatantly stealing someones hard work and calling it your own, or even going as far as to use the exact copy and the person’s name to help the sales, or even try to pass off as authentic including the original price is a completely scummy thing to do. It’s bad enough to completely rip off ones design, it’s even worse to copy it down to the logos and call it the same thing.

However, we cannot blame the consumers for buying these clones, it’s hard to even blame vendors that stock them. Not everyone has $200 dollars to spend on a device, especially one that’s worth owning regardless of your income, and with some of these clones working just as good and sometimes even better than the originals, it’s quite easy to see why spending $50 dollars for the clone sounds a lot better to most than spending $200 dollars just to say you have the real deal. Let’s look at the Nemesis for example – I’d bet that it’s currently the most cloned and sought after device. It’s in my opinion the best mechanical you can own right now, and its design is just amazing and original. A legitimate nemesis starts off at nearly 200 dollars depending on the finish or edition you get. There are tons of real ones out there and even with the amount of them floating around, they still have trouble staying in stock. The Nemesis clone is on just about every major vendors website, and it’s always in stock and a lot of them work just as good as the original. There are a few clones that are sub par, but I have used perfect 1:1 clones besides a real nemesis and aside from a couple very minuscule cosmetic differences you would not be able to tell the difference.

The major issue becomes when people begin passing them off as the real thing, when someone sells a clone they bought as the original with an original price tag attached. It’s not just people either, there are quite a few dishonest vendors popping up selling clones as originals at original prices. This is where the real issue comes into play.

I’m okay with clones, they give access to great and beautiful devices to people who could not afford, are not willing to spend the money or sometimes just haven’t seen one real or otherwise to begin with. In many cases they end up helping manufacturers sell their devices, even with the saturation of clones in the market many devices are still going out of stock left and right, and even some manufacturers will tell you themselves that clones have helped their sales. Not everyone follows the high-end mod market, and when you have these clones popping up almost everywhere it’s nearly impossible to miss them, and there are people who after seeing a clone are willing to pony up the money to buy the original and support the manufacturers.