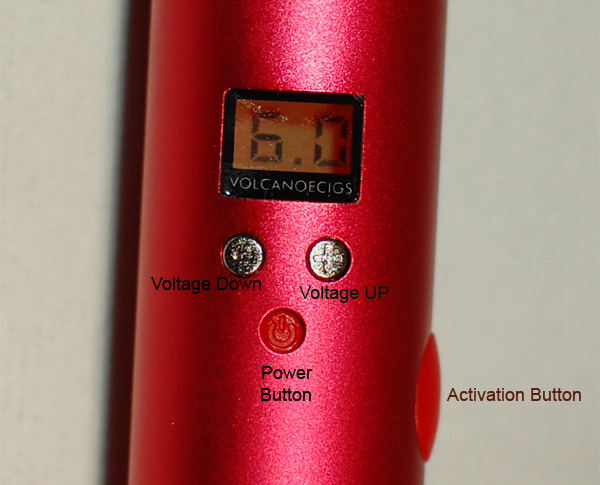 Variable voltage  devices have swept the electronic cigarette market from under its feet and has planted its foundation for more vv e-cigs to come. Variable Voltage or VV devices have become more popular just in this recent year of 2011 and expect to grow substantially in china made devices to U.S. made devices. The Provari was the first of its kind and then following one-off mods and box mods were the DIY sensation.  Later came the mass-produced LavaTube and then following were the vari-volt 3 staged devices, like the knock off VV eGo and the SVR.   This variable voltage blow-out isn’t just a fad, it looks like the future.

Joye recently announced to release the “eGo-C Twist” and should be hitting the vape stores here pretty soon. The eGo-C Twist carries the same size and eGo style as you’ve always known, but each battery has the inner smart buck-boost converter, which can adjust voltage output from 3.2v to 4.8v. Each increment is 0.2v. The battery can work at 4.8v stably and the voltage output won’t decrease when the power is less. A good thing about these variable voltage devices are the technology behind them. For example, this new eGo-C Twist is safer than regular Joye batteries because each battery has 3 kinds of protections, which are the following…

With a large company like Joye starting to produce their new products with the variable voltage technology, I think it’s becoming obvious which direction the electronic cigarette market is headed towards. We have many things over a tobacco cigarette, but one that plays a huge factor with our ‘cigarettes’ is that they’re electronic. With that being said, as we progress with experience you’ll see technology being brought to our electronic cigarettes and they’ll progress as well.

This part of the article brings us to our featured question. It’s the same as the scenario for cars; you have these new cars that are packed with the high-tech gadgets, polyurethane bumpers and skirts and a pretty paint job versus an old well-built american muscle mustang. Think on it for a bit. So, will these technology fed variable voltage devices ultimately be the future of vaping?

With the LavaTube being a variable voltage e-cigarette and becoming quite the hit on the market, I had to get the thoughts on this subject from the man behind the  V.V. device.

Q: Will Variable Voltage Be The Future of Vaping?

A: It will, but not for everyone… In order to effectively use a VV device you need power…power comes from large units. We recently got a EGO sample that could go from 3.0 volts to 4.5 volts and was very dissatisfied. The setting stayed at 4.5 volts, but the volts dropped quickly and drained a 900 mah battery in about 40 minutes. At 20 minutes of vaping, we were really running 3.5 volts.

Being one of the few vendors that sells every size and style e-cig in a retail store. It is very hard to get a new customer to pick our Inferno (Ego style)  over the Volcano (mini Ecig). New Vapers really want something similar to the size of an ecig. To get a customer to quit smoking and use an even larger LavaTube right off the bat is impossible and has rarely happened, no matter how cool it is.

Being in Hawaii, we are very lucky to be a true test of what is to come in the continental US. We have 6 stores in Hawaii and have been able to make e-cigarettes known everywhere! You see people taking smoking breaks now and 70% of them have an Inferno in their hands. There are so few smokers in Hawaii now. I can guarantee we have more vapers per capita than any other state. You go to a bar now, and no one is leaving and everyone is vaping. It is now the norm!! When we were fighting the state on making ecigs a tobacco product and applying the 70% tax, all the employees at the state capital were vaping Infernos. We would come and go every day for 2 weeks and there would be a crowd of politicians and secretaries vaping outside in front of the state capital! Smoking is officially very uncool in Hawaii!! Now that it is so popular, we have been able to convert people away from the traditional mini ecig and 510 type to our Inferno. 90% of our sales is our Inferno, but was not the case till recently.

Q: With Volcano already being a well established and branded company that is already known for products like the inferno, What made you want to offer a variable voltage device to your customers?

A: We’ve noticed the hardcore Vapers do lots of research and had been requesting this product. That is why we started carrying the Lavatube and are investing on new versions. The Lavatube has grown in popularity on-line and here in Hawaii, but is popular with the ex-heavy smokers who want more vape and long-term vapers. It is also popular for people who just want everything. I personally don’t ever see it growing more than 20% of sales, unless we can get an Inferno to work as effectively as the lava tube. That would need more power in a smaller space.

My Opinion (Blake): While I do think variable voltage devices will become a big part in the future of vaping, I still think those small stick style e-cigarettes that are a 1 set voltage will be the strong product in the world of vaping. A lot of us vapers that are apart of this online community, we see what’s hot amongst us. The truth is, there are tons of other vapers out there that were introduced to the stick style and are content with it. At this point, I’m unsure of what the future holds. As this electronic cigarette market has grown since the time I’ve been vaping, there has been many changes and new additions to it. Whatever the future may hold, I’ll sure be right there to follow it. I look forward to its growth.

Let us hear your opinion, what do you think? – Will variable voltage be the future of vaping?