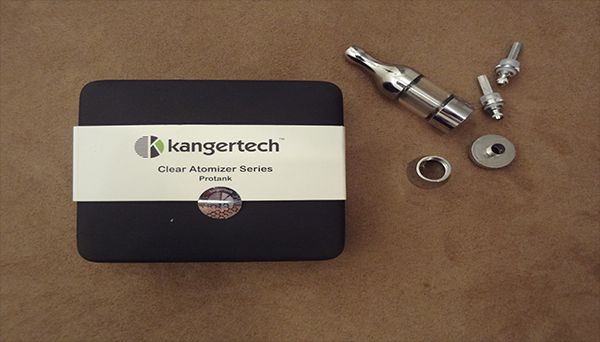 The ProTank is an awesome tank. It gives users a level of appearance that can typically only be achieved from that of a rebuildable atomizer. See, rebuildables usually offer the polished chrome full body look and many of them sporting a glass tank, which is supposed to provide a much cleaner taste. But, this more experienced piece of vaping hasn’t been offered to the ones not interested in tinkering or taking their e-cig addiction to the next level. That is until… The ProTank.

The ProTank provides that more experienced look, offering a similar taste, while at the same time giving you the free-flowing airy feel you would get from a rebuildable as well. Its glass gives a different, more quality look, and its shining curves leading to the one piece mouth piece makes the ProTank a beautiful sight to look at. 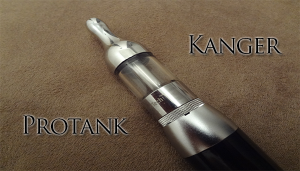 To no surprise, it performs just as good as it looks, with the exception of removing the top wick from the coil. In addition to its performance, the ProTank just happens to be a BCC or best known as Bottom Coil Changeable – A type of setup that has grown popular to many advanced e-cigarette users. BCC’s are a great addition to the world of tanks, because they pull the coil and wicking system to the bottom, making it easier for the wick to feed the coil. They also give you the ability to change the coil from the bottom of the tank, rather than from the top like typical tanks. This makes using the BCC easier and replacing the coil a breeze. However, as many BCC users have seen, there is one issue that everyone seems to not be able to get around, and its that the manufacturers of these tanks are placing too many wicks above the coil, making it a pain to use with thicker type e-liquids. 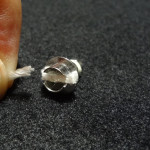 The issue can easily be solved by removing that top wick. See Removing The Top Wick From A BCC for instructions.

So, in my review, I expressed that I love the ProTank. I told you all that the ProTank offered a much cleaner taste than any other tank, looks better than any other similar tank, but also has an airy feel to it as well. My thoughts haven’t changed much. I still enjoy the ProTank quite much, but I’m not sure if it was a cleaner taste I was getting or more of a drier taste. I can’t decide between the two. Though that doesn’t affect my choice to use it much, the airy feel to it does.

The airy feel to the ProTank has become my dislike the more I use it. I believe how airy the pull is, is what’s affecting the taste by pulling in too much air and making it more of a drier taste, rather than a flavorful one. The high volume of air being pulled also makes for less vapor than what you would get from say, an EVOD.

So, the question comes down to – Am I Still Using It? – No, I’m not. Though the ProTank is still a “Pro” tank to me, its great features and fantastic look just doesn’t overcome the few concerns I have for it.

Are you still using the ProTank? Tell us your thoughts on the ProTank and how it compares to other BCC’s you’re using in the comments below.