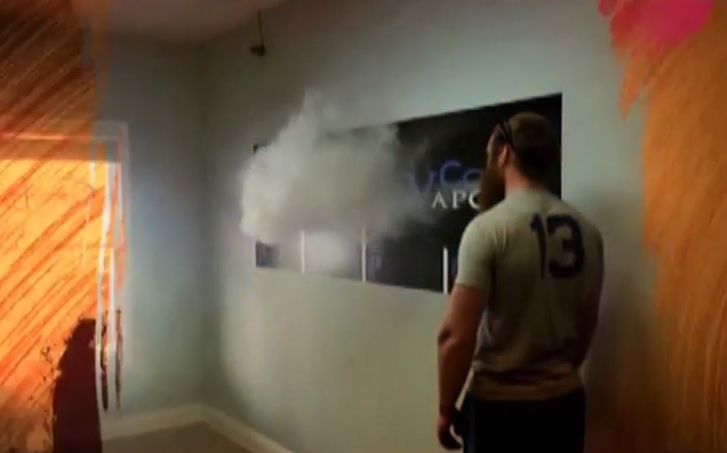 There comes a point in almost every vapers journey where their electronic cigarette becomes a mod and their thrill of nicotine changes to a thrill of large vapor. It’s a time where vaping transitions from a habit to a favorable hobby. This point marks a time where you become more than just an average vaper, and you become what some call either an advanced vaper, a vaping hobbyist or just a flat out cloud chaser.

Now, not everyone will become an advanced vaper, a vaping hobbyist or a cloud chaser, but it will however sneak its way into their minds at one point or another. It’s something that has been instilled in vapers from the time of their first draw; something you can’t escape, and for most people it will eventually take over them due to the excitement, fascination and interest.

Once this point is reached, it’s natural to want to succeed in everything we do. As humans, it’s our instinct to prove our dominance, and as a result of that and vaping, we have Cloud Competitions.

What is a Cloud Competition you ask?  A cloud competition is comprised of a group of vapers who compete by blowing large amounts of vapor. The participants are often judged by the distance and thickness of the vapor produced.

Today I visited a local vape shop that was hosting a cloud competition. Cool Vapors has been pretty much the center point for advanced vapers in the area as a result of carrying a large selection of e-liquid, mechanical mods and rebuildable atomizers. Being that they have such a large customer base that are into mechanical mods, rebuildable atomizers and producing large amounts of vapor, they were able to hold such an event and expect a great turnout.

Though I’ve been to a few meets, I’ve never been to an event dedicated solely to a cloud competition. Cool Vapors had a table setup where they offered free pizza, they had a bar setup where someone would rebuild your atomizer if you wanted, and of course their juice bar was available to try their large selection of e-liquid flavors. I didn’t expect to visit the store on this day – I actually was in the gym when I found out there was such an event that was taking place.

Once I arrived at Cool Vapors, the store was packed, filled with vapor and very welcoming. I had myself an interesting time and to be surrounded by people who have the same interest as myself, it was exciting in the least. As for the competition itself, there were lots of huge clouds!

If you’re in the Wiregrass area, there is a Dothan Vapers Facebook Group to keep in touch and discuss: https://www.facebook.com/groups/DothanVapers/

While you’re here, feel free to explore the Guide To Vaping!