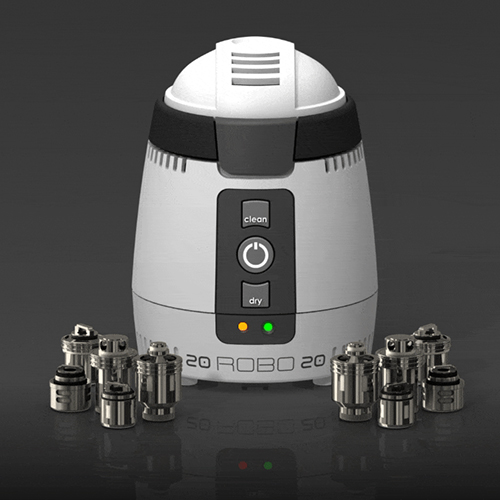 Aside from refilling your device’s tank or pod, replacing your atomizer coil is the maintenance task that you’ll perform most often as a vaper – and if you’re like many of today’s vapers, there’s a good chance that you replace your coils a lot more often than you’d like. In fact, if you’ve been vaping for a while, you’ve probably noticed that your coils don’t seem to last nearly as long as they once did.

So, how long should a vape coil last? Are you spending more money on coils than you need to? In this article, we’ll discuss some of the factors that affect the life of a vape coil and explain some of the things that you can do to make your coils last longer. There’s a good chance that you spend more on coils than any other type of vape gear – even e-liquid – so finding ways to make your coils last longer can potentially help you save an enormous amount of money over the long term.

What Are the Factors That Affect Vape Coil Life?

The reason why you replace a vape coil is that you’re no longer happy with the flavor you get when vaping. When a coil is due for replacement, you’ll probably find that it produces a burned flavor. The burned flavor can come from two different sources.

A burned wick is the absolute worst thing that can happen to a vape coil because there’s no fix for it. When cotton is burned, it’s burned forever – and no matter what you do with the coil, it’ll always produce a foul flavor.

Coil residue, on the other hand, is something that you can fix. We’ll discuss that shortly, and we’ll also discuss what you can do to prevent your coils from burning out in the first place.

You can tell why a coil failed by examining it when the burned flavor becomes so bad that you’re ready to throw the coil away. Has the coil’s heating surface turned dark, or is it still white? If the metal is still white, the coil probably has a burned wick. If the metal is dark, it’s covered with residue.

So, how long should a vape coil last? The answer is that, under the right conditions, a coil can potentially last two weeks or more. Many people find, however, that their coils don’t last anywhere near that long.

How to Revive a Coil That’s Burned Out

As we’ve explained above, there is, unfortunately, no easy fix for a coil with a burned wick. You can open the coil and replace the cotton, but you’ll likely find that too difficult to be worth the effort.

Coil residue, on the other hand, is completely fixable because the ingredients in e-liquid that cause the residue to form – the sweetener sucralose is the most prominent of those ingredients, as this article will explain shortly – are water-soluble. The coil’s heating surface is still perfectly good, so unless you’ve also burned the wick, you still have a serviceable coil under that residue. Reviving the coil, then, is a simple matter of removing the residue – and there’s no easier way to do that than with a device like the ROBO2020 automatic vape coil cleaner.

The thing that makes ROBO2020 special is that it needs only water, and it cleans and dries your dirty vape coils automatically in just 30 minutes. Just drop in your dirty coils and some water and start the cleaning cycle. After about 15 minutes, you’ll pour the water out and set the ROBO2020 to the dry setting. When that’s done, the coils are ready to prime and use – just like new coils.

It’s also possible to clean vape coils manually, of course – but if you were doing that, you probably wouldn’t be reading this article. ROBO2020 makes it possible to use your coils again and again; you’ll find that it’s a real game-changer.

The only thing that’s better than a clean vape coil is one that doesn’t need cleaning in the first place. So, what can you do to make your coils last longer?

How to Prolong a Coil’s Life

Preventing residue from forming on your coil, however, is a different matter because it’ll require you to change the type of e-liquid that you use. Sucralose is the sweetener that makes your e-liquid taste like candy. It might be delicious, but it’s also the thing that’s ruining your coils. Sucralose, for the most part, doesn’t vaporize. When you use a sweetened e-liquid, the vapor carries a tiny portion of the sucralose to your mouth. The rest of the sucralose sticks to the coil and burns. Preventing that from happening is as simple as using unsweetened e-liquid instead.

One of the great things about unsweetened e-liquid is that sucralose tends to cover the subtle flavors in vape juice. Remove the sweetener, and you’ll probably find the individual flavor notes in your e-liquid much easier to discern. If you find that you prefer sweetened e-liquid, though, that’s no problem; that’s why the ROBO2020 coil cleaner exists.

What Is Sub-Ohm Salt Vape Juice?