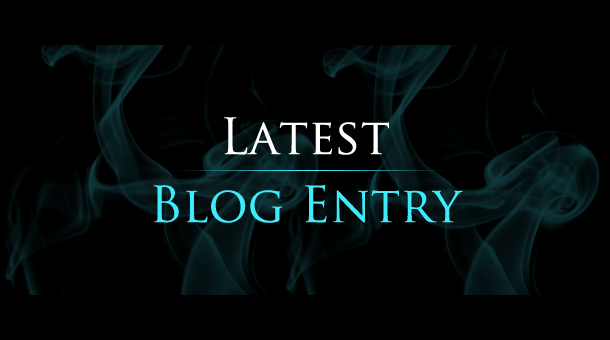 I’ve used my EGO for as long as I’ve been vaping, which actually it’s not even an authentic EGO, only a knock off called the 510-E.  My 510-E has performed well and has definitely served it’s purpose.  While I happen to be talking about my 510-E knock off EGO, let me fill you all in on a little secret… The knock off performs the same as an authentic EGO, but the quality may be just a tad bit less.  Anyways, now that we have that out of the way, let me continue with my rant/story.

I loved my 510-E and it went with me everywhere. I’m sure many people can relate to what I’m saying and feel the same way about their EGO.  It all stayed that way, a whole 6 months until just recently. 🙁 – A few weeks back I decided that I didn’t have to use my 510-E as much if I had a passthrough, I mean… I’m on the computer a lot, so it just made sense.  I decided that I would build my own passthrough using a battery box.  After a couple of days and figuring out what wire was what and knowing the basics, I tackled the small project hands on.

Alright, black wire on the USB goes on on the outside of the 510 connector, red wire goes to prong on switch, connect another red wire from other prong on switch to middle pin inside the 510 connect, OK! GOT IT! It was just that easy and seemed so familiar, yet when I was new to my 510-E, it was almost like a space object at the time.  After that small project, I understood vaping so much more than I used to and in a more simplistic manner.  You have your battery which is the power, your atomizer which heats the liquid and your button, which sends the power to the atomizer to activate it.  I of course have known this for a long time now, but when you actually look inside that box seeing the wires and all, it makes everything seem so much more simple.

Sorry, I got sidetracked with my rant/story —

Vaping 5v for the first time was amazing, I mean… so much vapor, tons of vapor, blowing huge clouds, it was vapor heaven! Yes, at that time I was that ecstatic, some call it a vaporgasm.  I couldn’t believe that using a 5v device, something so cheap could perform that much better than my ol’ faithful 510-E that I’ve trusted for so long.  It’s like when you first start vaping you pay that bulk som, yet later down the road in your life of vaping, you understand just how cheap it is to get something so much better.  Do I feel cheated for when I was a noob? Yes and no… Yes because everyone tries to sell you what comes to be a mid level product for so much money, when they should have been not as greedy and instead selling and promoting something as simple as a box mod which is cheap, just to pull me and the others into vaping. Bring the people in first, then you can get rich from you products.  …and no because it took what I went through and every other noob went through to get where they are now.  I can’t hate them, it’s just another market that was bound to be exploited by those looking to get rich quick and guess what, it’s working.

After days of vaping my new 5v box mod passthrough, I took my 510-E out with me for the day as normal. I vaped, vaped and vaped more with no satisfaction.  It just wasn’t doing it for me anymore.  Slowly I could feel that after vaping the 5v, I was hooked, hooked just like I used to be to my 510-E.  It’s was kind of like the feeling I got when first using a 1.8 LR atomizer with my 510-E.  I definitely couldn’t go back to using a normal 2.8 regular atomizer.

So now I’m sitting down at my desk, by the USB plug where my 5v passthrough plugs into, I’m stuck, trapped and my ol’ faithful is collecting the dust.  Goodbye 3.7v, Hello 5v.