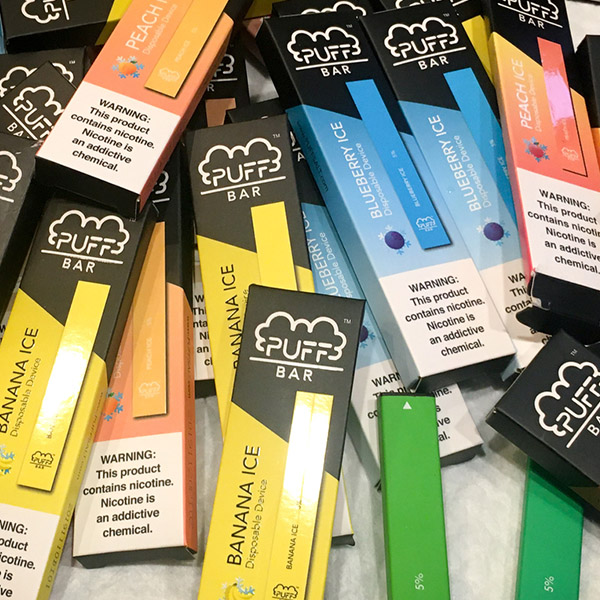 Plastering the front page of the Puff Bars website is a new announcement stating that it has stopped all sales in the U.S. temporarily. This announcement comes at a time where Puff Bars are gaining an incredible amount of success in the market with sales reaching as much as $3.3 million in the month ending Jan. 26th. It’s up from $14,000 just a few months back, according to market research.

Puff Bar has ceased all online sales & distribution in the U.S. until further notice.

The surprising move by the L.A. startup has many puzzled but it seems as if the parent company, Cool Clouds Distribution Inc., is taking a lot of heat, and at the same time knowing that their products would never remain on the market due to the premarket review deadline, which is required to be filed by Sept. 9th, 2020 (extended from May 12, 2020). The problem Puff Bars face is that the FDA started regulating vapor products on Aug. 8th, 2016, and though all of the products that were on the market already were allowed to remain for sale, any new products were not, and that includes the popular Puff Bars.

In fact, many brands will ultimately face the same problem. There are products on the market that aren’t allowed to be there, according to rules released by the Food and Drug Administration. If this holds true, the vapor products market will be under somewhat of a dry spell, where there are only a handful of vape juice companies and only a handful of hardware manufacturers that will remain at the end in the U.S. market.

At the same time, closed vape systems with flavors were recently banned to both curve teen use and to stop the monstrosity known as Juul Labs, along with preventing access to replace pods with flavored pods or add additional ingredients to pods used in vaping devices. However, thanks to a footnote in this ban, it allows disposable vapes to remain on the market, and this is why the once-thriving Juul is taking a backseat as brands like Puff Bars moves in to become the more accessible choice.

Disposable vape products, such as Puff Bars, are not only taking heat from the FDA but they exactly liked by vape store owners either. After speaking with an anonymous person that owns a popular online store, they’ve shared that they are ready for the disposable vape trend to die out. They continued to share “It does nothing to help my business. They are cheap devices and we don’t make any money from them.”

However, the booming trend of disposable vaping devices continues to thrive, despite how anyone feels. There is a demand for these devices, and though Puff Bars have announced it has stopped all sales in the U.S., we’re certain they will continue to be sold, even if it’s through backchannels.