We often see “welcome to the future of vaping” when manufacturing brands promote products, yet the futuristic hardware and devices are often short-lived, achieving a less than fortunate success rate and words that are no better than its shortcomings in popularity. Why are these technologically advanced creations not making a huge impact amongst those that seek a more futuristic way of vaping, and why do we quickly brush aside these products that do not fit the norm? Could it be that we’re afraid of change, too lazy to give it a chance, or is it that these so-called future-driven products don’t quite match the hype that originally latches onto them? There are a lot of questions tucked away that are left unanswered, and chances are when we’re finished with this article, these questions will not be answered still, as this article is merely a ploy to lead you down a road of advocacy. Continue reading, I’ll show you what I mean. 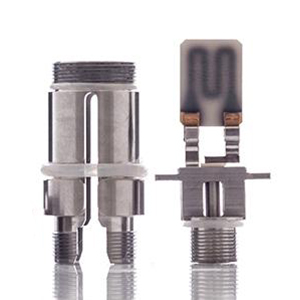 I can faintly remember the buzz coming from the vaping community that involved the Atlus Coil-Less CVU Tank. The sub-ohm tank, manufactured by a brand known as Guo, first made its debut late 2015 and early 2016. To someone like myself –one that has been fortunate enough to get ahold of some of the latest products on the market without the expense of bleeding my bank account dry– I was amazed at the innovation and creativity that was glued to this new, futuristic tank. Even as someone that consistently writes the top features and lengthy descriptions you read over before you purchase a product (I’ve written tons of them and have seen the best of the best), its features had me interested and excited.

Like many, it offers a stainless steel construction, pyrex glass materials were used for the tank portion, it was based on a 22mm diameter, and has a stainless steel wide bore drip tip. Where it differed from the rest is that it offered a “Center Vaping Unit” (CVU) chip, which acted as the atomizer core. It essentially evolved the idea of requiring wired coils, into a single chip. As you all know, vape store’s, online shops, and manufacturers do not offer warranties on products that were designed to be temporary/disposable, such as the coils. However, the Atlus Tank features a one-year warranty and claimed that you would never need to replace your coils ever again. Sounds amazing right? It better be for a hefty price of over $100. Unfortunately, the hype around the CVU chip quickly dissipated after several users dished out the reasonably large chunk of cash (for something as simple as a tank). Why? Well, there were several qwerks that hindered it from delivering a satisfying experience, such as the inability to wick well and the resistance wasn’t consistent. What was so great about this tank wasn’t that it had a chip as a heater core or replaced the traditional coil, it was that it painted a prosperous future of vaping, it motivated us to continue vaping in hopes that there were more to come, and it showed us that manufacturers were striving to create something better. I mean, who wants to continue buying SMOK’s 1000th new tank with the same coils we were introduced to in 2015?

We get it SMOK, you’ve mastered the Q4 (quad) coil!

“Its in our human nature to want better”
There have been many products that have made their way into the market, creating a buzz, hyping vapers up for the ‘big change’ in vaping, yet we often see failure or have high hopes that ultimately lead to broken dreams. The question we have to ask is, when will we ever settle for what we have or when will it ever be enough to truly satisfy us? Though we say we’re completely satisfied with the setups we have or how we vape now, we continue to seek devices with more tech and tanks with better coils. At the same time, why do we continue to shell out outrageous amounts of money for the latest iPhone or Android device, while knowing they both ultimately carry out the same tasks — calling, receiving calls, and texting. It’s in our human nature to want better, achieve more, do more, and if the latest coil-less tank can help us reach those desires, we will continue to buy into them.

The truth is, the safety and performance innovations that device and battery manufacturers have made post August 8th 2016 are just an FDA enforcement action away from no longer being available. According to the final rule, August 8, 2016 marked the date that no new vapor products could be introduced to the market without prior approval from the FDA. There’s a good chance that some of what you use daily may very well be unavailable in the near future, unless we as a community stand up for more realistic and sustainable standards and regulations. This is where you come in… if you want innovation, if you want to continue using products that keep you from smoking, and if you want coil-less tanks (that work correctly), I urge you to stand up and get involved with advocacy groups (and support businesses that are already involved). Help shape the future of vaping and regulation so we can collectively enjoy our smoke-free future together. If you do not act now, there may not be a future.

Welcome to the future of vaping…