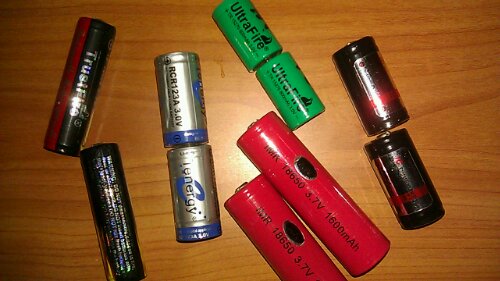 While eCigarettes and personal vaporizors have been used billions of times without issue, they do involve batteries- which are not all the same. Using the incorrect battery or damaged battery in a PV can stress the battery cell into venting, and possible explosion. With the use of “mods” or devices that can use a variety of batteries, the possibility of using an incorrect battery could be more probable. This article applies to mods, or PV’s that do not use your standard ecig “stick” battery.

Knowing a few key points about mods, battery ratings and “what if” is a good thing. With the right device, a GOOD battery charger and the correct battery- you should have little to worry about when vaping.

Devices have different requirements when it comes to battery rating. Always follow manufacturer instructions. If it says only use IMR batteries- take the warning seriously.

If you decide to ignore the above warning, do NOT ignore the following tips:

Safety Features in your mod–
Some mods will have proper venting built in as a safety feature. A lot of mods use a collapsible spring that will prevent the battery from coming in further contact with its ground. Some mods design a “weak spot” such as weaker end cap threads, or door.

Current advice (from ECF)
The following advice can be given at this time: