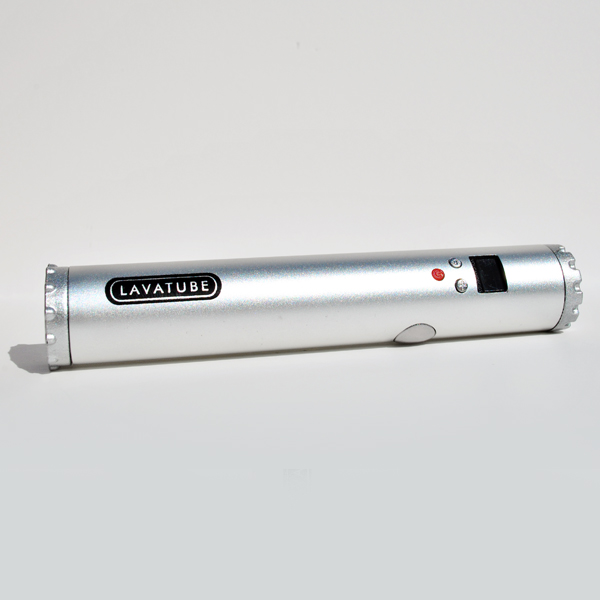 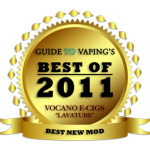 Every once in a while comes along a mod that abruptly sweeps the market of mods and causes hype and high expectations. The LavaTube from VolcanoEcigs.com did just that. The LavaTube was probably the most talked about and the most purchased mod in the year of 2011 and from GuideToVaping’s latest “Best of 2011” poll, it was voted “Best New Mod” and to be honest, that deserves bragging rights.

The LavaTube is obviously really liked now, however before it got into everyone’s hands, there were a few concerns because of it being a China made mod. We’ve seen how the first 510-N came out, which was a decent mod, but with it being a China made mod, you have to expect less quality. The 510-N has a very bad internal liquid leaking issue and not to mention its lack of a vent hole. I’ve owned the LavaTube for about 3 weeks now and I haven’t had one issue at all. Surprisingly, the mod works perfectly and it’s replaced all of my others.

With the arrival of my new Silver LavaTube was surrounded by a nice black zipper case with “LavaTube” imprinted on the front. Inside the case other than the device was a black with white  swirl drip tip, a LavaTube 3.0ohm atomizer and an AW IMR 18650 battery. Also with my package was a very nice Trustfire multifunctional charger. (The charger is really nice!)

On many public forums and social media outlets you’ve seen the LavaTube being called many names, such as “The Provari Killer”, “The Poor Man’s Provari” and a few others to follow. I can’t compare the LavaTube to a Provari as I don’t own one, but I can tell you that its original name “LavaTube” fits it best. The LavaTube was a great addition to the Volcano family and if they had to add any mod, I’m glad it’s this one. It seems to mesh well and fit their “Volcano” theme.

After receiving the LavaTube, I expected a much more stout or solid feel, but I didn’t get that. The device is tall, but it’s very light. The casing is of a thin aluminum metal and the button seems to be a plastic painted to match the device. The buttons that change the voltage are a bit smaller than I expected, as well as the digital display screen. I believe the images online that I’ve seen made me think those features on the device would be bigger. The bottom end cap (which houses the spring, vent hole and is the part you take off to insert your battery) feels to be made of a hard plastic in which I have no problem with. I’ve had no problems with it nor the threading. The top cap which also feels to be made of a hard plastic and where the 510 connector sits, also retaining a nice built juice well. When using an atomizer without a drip shield on the LavaTube, the juice well comes in handy and serves its purpose great. The fire button located on the side of the device is ‘clicky’ and for some reason, I really like the clickyness sound every time I press the button. The power button and the plus and minus buttons are just a tad clicky, very small, but easily functional.

The LavaTube is a great device because of its features, if it wasn’t variable voltage, the impact in the world of mods likely wouldn’t have been as large. Being able to switch through 3.0V to 6.0V creates a great vaping experience letting the user find the perfect vape. With great thought in mind, the safety feature is a plus as it could possibly save your atomizers, yet it limits your range of voltage. There is an amperage limit of 2.5 amps. The fact that not only is it a variable voltage, but you can also adjust your voltage with two buttons (one up and one down) in .10V increments. The LavaTube also requires high drain batteries on order to efficiently boost the operating voltage.

Overall: The LavaTube from VolcanoEcigs.com is an outstanding 18650 device. It performs well and the features only adds to its sleek design. With the variable voltage, this mod will send you into a spiral of vaping bliss, giving you the option to change your vape to how you want it. The low out-of-pocket cost and for everything the LavaTube has to offer, you’re getting an amazing deal backed by a trusted and known vendor. If I had to pick three things that really caught my attention or I love most about the LavaTube, I would have to say first, the ability to change voltages at any time, the ability to check the remaining internal battery charge direct from the display and last, the amazing juice well. I tend to over-drip quite often, so the juice well has really made a big play in my experience with the LavaTube.

If you’re looking for an awesome variable voltage device that is at a great price and backed by a very known and trusted vendor, I suggest to you the LavaTube from www.VolcanoEcigs.com.